This flew under our radar for a while, but Google Maps was updated a while back to add some extra support for Android's multi-window. Now when you've got Maps open together with another application, it will continue to work, updating your location and orientation even when it isn't the application in focus.

The feature arrived as part of the 9.58.2 update, which is a bit over a month old at this point. Prior to that version, if you had Google Maps open in a multi-window configuration, it wouldn't actually work as expected. As long as it had focus and was the last app you interacted with, Maps would work as expected, updating your location and orientation on the map. But if you interacted with another app in multi-window, Maps would stop updating. 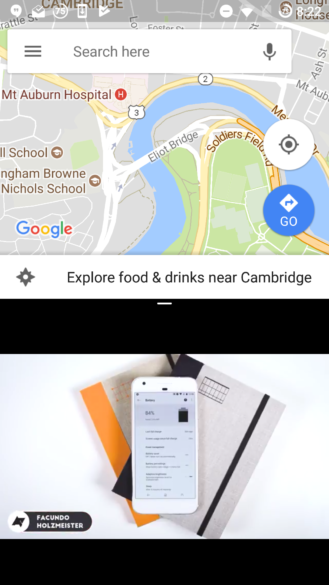 Well, as of 9.58.2 that is no longer the case. From that version on, Google Maps works in multi-window, updating your location while you tap off messages to a friend or play a game in another app.

It's a small change that makes it much easier to use Google Maps in more ways, for instance, having Spotify open at the same time as Maps for quick music access. So check to make sure that you've updated Google Maps recently (as most of you probably have). You can grab the latest version over at APK Mirror or Google Play.

[Deal Alert] Refurbished Samsung Galaxy S8 Plus on sale for $499.99