The Pixelbook is the "new Chromebook Pixel" we wrote about around a month ago. We don't have many specs on hand, but we do know that the device will be a two-in-one device that has the ability of folding into a tablet by flipping the keyboard behind the screen. From the picture that we have, we can see a USB Type-C port, a headphone jack, a volume rocker, and what is likely a power button. It will only come in silver. You'll also be able to purchase a Pixelbook Pen, a pressure-sensitive stylus with tilt support and reportedly zero lag. 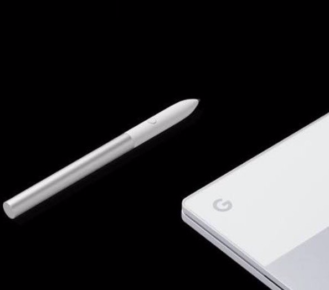