Baby monitors are so old school now. You have smart cameras that are tailored for baby monitoring, and if you don't want to buy new gear you can use your phone that's several times more powerful than the regular speaker/microphone combo of a baby monitor. Apps that let you do this are all over the Play Store, but one of the best ones is now discounted to 10 cents. If you have a baby/toddler or you might soon have one, this deal is for you.

Baby Monitor 3G uses two devices (phones, tablets, desktop computers) connected over WiFi, 3G, or LTE, one as a baby station and the other as a parent station. The former works as the eyes and ears, the latter shows you everything that's been happening with your baby. It lets you know when they're awake, check how long they've been sleeping, watch live video, talk to them to soothe them, and monitor everything through a detailed activity log. Overall, it seems like the perfect app to keep a watchful eye over your baby while you fold the laundry or do the dishes or rest a little before they wake up and bring mayhem all over again.

Baby Monitor usually costs $3.99 but it's discounted to 10 cents (or something approximately equivalent) until September 26 in these countries: Australia, Great Britain, United States, Austria, Germany, France, Spain, Italy, Netherlands, Russia, Poland, Mexico, Ukraine, Romania, and Switzerland. All other countries will also see the app discounted, but only to $0.99 (or thereabout). If you're interested, grab the app from the widget below. 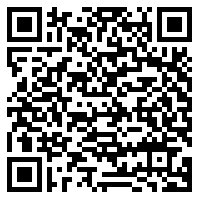