Robots on Kickstarter or Indiegogo usually are slow-moving and expensive products, with little or no real utility. I don't think 'Aire' is anything different, but it's certainly... special. For $699 (or $749, once the base tier runs out), you can have the privilege of owning a hovering upside-down lampshade with the Alexa voice assistant built-in.

Aire claims to be "the world's first intelligent robotic home assistant capable of autonomous flight." Functionality-wise, it's essentially a drone with the propellers covered by a shroud (so little Timmy doesn't get wounded when he runs into it). There are some more advanced features too, like a 4K camera and collision detection. Not only can it roam around without human control, but it can even act as a security camera with the Android and iOS apps. Artem said, and I quote, "If I'm not home and I want to see how my dog is doing, I can fly this thing and scare the shit out of it."

In addition to all that, there is an Alexa speaker mounted at the top, so you can ask it to take a picture of you and do everything that Alexa supports. Interestingly, Aire has a Tegra X1 CPU to help with collision detection and other complex functions. Listening to music probably isn't a good idea though; The Verge said in its post that Aire sounds "a bit like a vacuum cleaner or hair dryer." 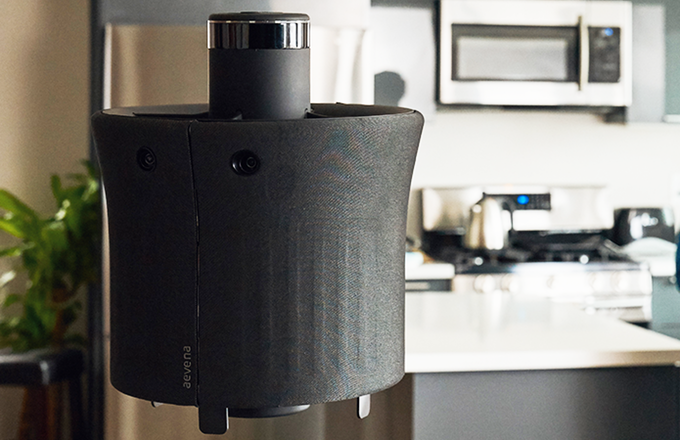 The campaign page doesn't mention anywhere how long the internal battery lasts, but it's probably safe to assume that this won't stay hovering for long. If you were hoping for your own Mister Handy (but without any hands), you'll probably have to wait a few more decades. I'm not quite sure why anyone would buy this, especially considering it will cost $1,499 when it eventually hits retail. If you back it on Kickstarter, you only have to pay $699-749, but it won't ship until at least September 2018. 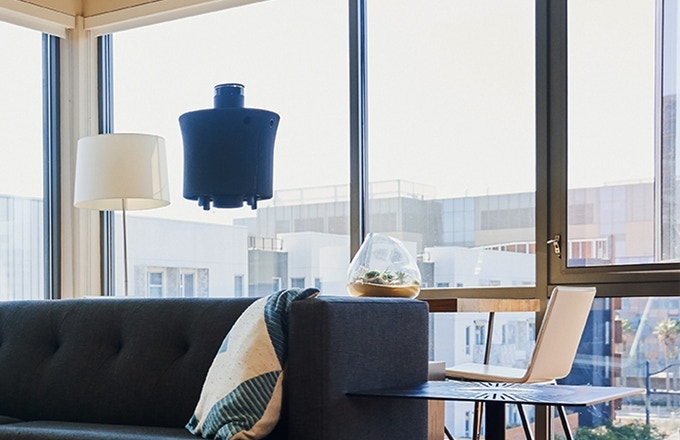