With each new Google phone, consumers do often get their first chance to buy (well, assuming they're in stock - a big assumption) a device that ships with the latest version of Android. Or, they can wait four or five months and buy one that ships with that same version of Android from another, better-known vendor, typically with all of the major improvements and new features intact. Such a limited window of exclusivity on a highly iterative and admittedly quite geeky facet of a product all but ensures most people cannot be bothered to understand any of this. And really, why should they? Are you going to try to explain the benefits of Project Treble and notification channels to grandma?

The thing is, having the latest version of Android - and in a highly un-messed with form - has long been at the heart of Google's pitch for its in-house devices. But clearly, if the market is to be the judge, basically nobody actually cares about this, aside from a group of rather vocal enthusiasts. Which is to say, you and me.

This is a significantly greater problem than I think Google is willing to admit, and one that stems from Android's core principles. The principle in question - that all of Android is available to all trusted partners, at the same time - is not up for debate. Google has long made this clear, and while it has used its mobile apps contract to exert significant control over the Android ecosystem at large to prevent the kind of fragmentation that might legitimately be damaging, Android is still, at the end of the day, a platform that is available for any manufacturer to utilize. Play by the rules, and you'll get essentially the same level of access as any other partner. And that is a huge part of what has made the platform successful.

And while not part of this "open" platform, Google's highly valuable (crucial, one might say) applications and services are made available to all these partners under a separate agreement. And by made available, I mean they have to include them.

Now, if you watched the announcement of the Pixel phones last year, you could be forgiven for not intuiting any of this. Google debuted its next-generation search interface, Assistant, on the Pixels, and generated substantial confusion about just what was and was not exclusive about this experience on those phones. Would it come to Nexuses? Would it work in the same way? What about other Android phones?

The answers were, in order: yes (eventually), yes (essentially), and "they're all getting it, because of course they are, this is a huge bet for the part of our company that makes money."

If everything that Google creates as part of Android or its own suite of services and applications eventually makes its way to partners, there's no real reason for ordinary consumers to care

And that really is all you have to ask yourself about any Google software product. If there's a real chance this could add to Google's bottom line, you can be sure it's going to be distributed across as many surfaces as humanly possible. Sure, Google can make things available to its own phones first, it can make the experience marginally better-optimized, and it can ensure that these things are exposed in exactly the way Google thinks is ideal. But once again, we're confronted with the simple reality that, if everything that Google creates as part of Android or its own suite of services and applications eventually makes its way to partners, there's no real reason for ordinary consumers to care about the Google-device-specific advantages I've just enumerated. They're just not that important. 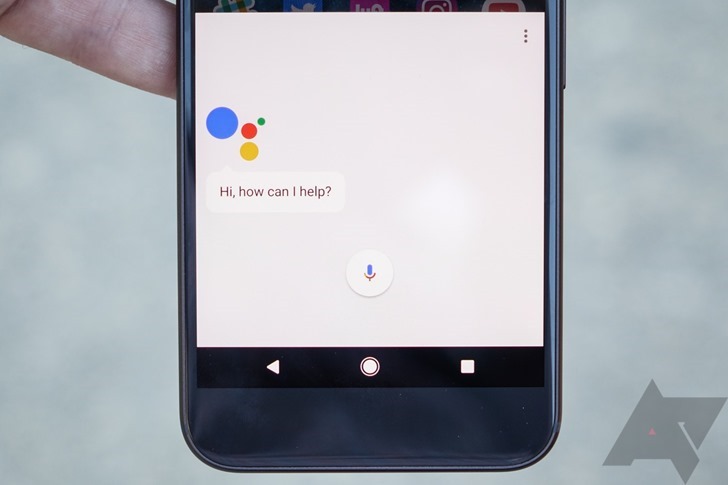 Google played up Assistant as a huge part of the Pixels. Then, of course, it came to every Android phone.

As a case in point, when Google announces its next-generation Pixel phones on October 4th, I can all but guarantee Google Lens will be a huge part of the presentation. Genuinely impressive demos are equally assured, and stories about how Google's new phones can "search the real world" will be written based upon them. But whatever the exclusivity window on Lens for the Pixels, and however unwilling Google is to discuss it, you can take this to the bank: it will end.

For all the genuinely decent but decidedly geeky reasons to buy a Pixel, there are comparatively few things that make them stand out from their competitors in the eyes of regular consumers. The single most resonant point Google has managed to market in regard to the Pixels, in my experience, is that Google makes them. That's not nothing - brand recognition is important! But it's highly demonstrative of the rather difficult position Android and Google's own business interests put the Pixels in. How do you meaningfully differentiate a product when its most compelling features define an entire of ecosystem of competitors?

That's not a question I think I have an easy answer to. And neither, it seems, does Google: the Pixels have had a tough time marketing on the substantive. Most of the ads I see for the Pixel that don't just advertise the fact that Google makes the phone and that it's on Verizon point out something like Photos' unlimited storage feature or quick charging, neither of which are anything close to unique to the Pixel (yes, Pixels get unlimited original quality uploads, but nobody actually cares).

When the dust settles on the 4th, I'm going to be asking myself: Has Google done anything to makes its phones more appealing to ordinary consumers? I already have a strong feeling the answer is going to be "not really." And while there will undoubtedly be the same advantages that have always drawn me to Google phones - fast updates, an uncluttered experience, excellent performance - there will also be the recognition that almost no smartphone buyer cares about any of those things. Maybe that's a bit cynical, but maybe selling smartphones has become kind of a cynical business.

So, I'll just keep telling everyone what I have for a year now. "Oh, that's the Google phone? Why do you use it?"

FABRIQ Chorus review: Standing out from the crowd