If you're looking for a decent alternative to Google Drive for cloud storage, you could do a lot worse than Microsoft's OneDrive. Most of us have an old Hotmail account knocking around somewhere anyway, so it's easy to set up and get 5GB free storage. The developers seem to pay attention to it, too, and they've just released a bit of a redesign on the beta channel for users to give feedback on. 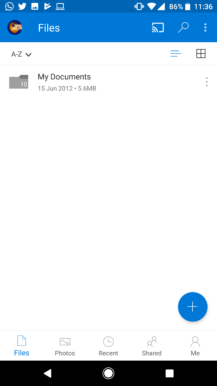 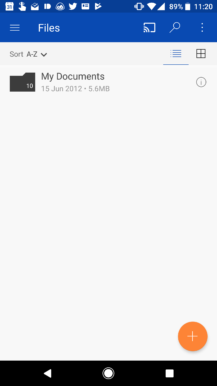 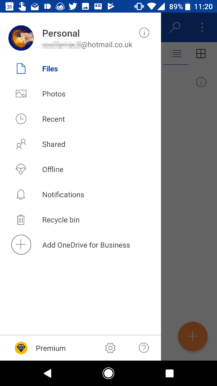 The key change, as you can see above, is to the navigation. A bottom tab has been added which puts all of the important options right at the tip of your thumb rather than behind the slide-out hamburger menu. The additional menu items and settings are hidden behind the Me button on the far right. The team outlined the full changelog on their Google+ page, which you can see below:

1. Based on user feedback, we’ve changed our navigation model by adding a tab bar to improve the discoverability and access to all core areas of the app
2. We improved our account switcher to be more compact and easier to use for when you have multiple accounts
3. We brought more commanding to the top level when you tap “…” (previously the “i” button)
4. We’ve got a new look for both the grid and list views for how we represent files and folders

There are a few other little design tweaks, but the new navigation should actually make the app a little easier to use. Bottom tabs are becoming common place in Android app design since Google gave in and added them to the Material Design guidelines. In spite of the iOS feel, it's hard to dispute that they're useful, particularly as phones get taller.

If you'd like to try out the OneDrive beta, you can join the preview community on Google+ or install the latest version manually from APKMirror. Be sure to send feedback to the devs if you've got any ideas for improvements. FABRIQ Chorus review: Standing out from the crowd