Google has two apps that it most frequently performs server-side tests on: YouTube and the Play Store. The most recent test that's been spotted is on the latter, and it's an interesting one: the star ratings have been ditched for the app sizes: both useful metrics to see when you're installing an app. 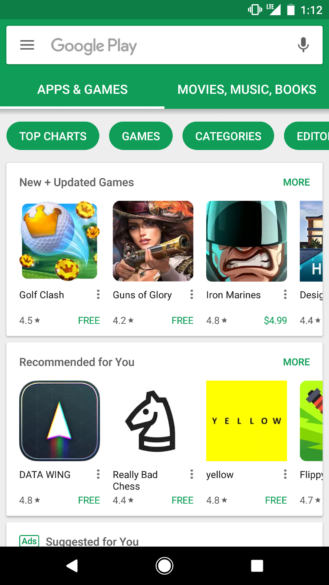 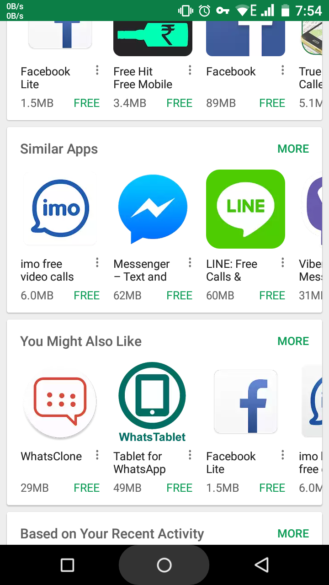 For some reason, Google has decided to see what people would think about putting app sizes in place of ratings in results. It's kind of a weird decision though, when you think about it; an app's rating is far more important to me than its size. I'd gladly download a superior app that takes up more space. Granted, you do still get to see the rating when you tap on the result, but that adds another step to the process. And let's not forget that some apps require you to download a lot more stuff. Games like Asphalt 8 (which is coincidentally pictured) and Real Racing 3 require players to download hundreds of megabytes more to actually play. 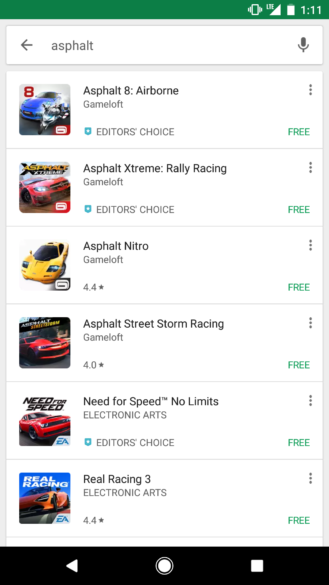 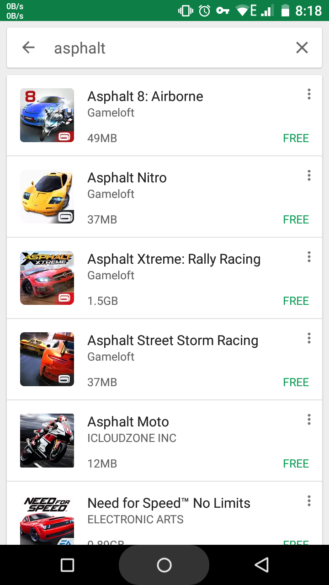 With phones' default storage sizes growing year after year, this becomes an increasingly strange move by the developers behind the Play Store. It is worth noting that the phone these changes showed up on appears to have a 720p screen, meaning it's more of a budget device; perhaps this will be limited to devices with less powerful hardware, which does make more sense as these devices tend to have less storage. As with all tests, we'll just have to wait to see what materializes of this. Hopefully, Google makes the right choice and sticks with the current ratings.

We've received a tip about the app size showing up within the listing, too. This is actually a useful change, unlike what the original article was about. Here's a screenshot for your viewing pleasure: 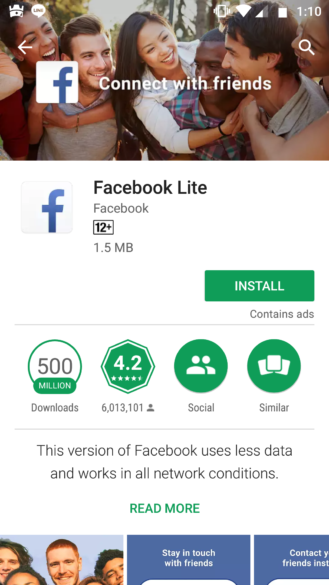 It's come to our attention that both people who have this are in India, meaning that this could definitely be a region-specific change for countries that are more restrictive with data. Let us know in the comments if you guys are seeing this, and if you are, where you're located.

Motorola isn't updating the Moto G4 line to Android Oreo as it said it would, and that's bullshit