The bookmark manager in Firefox 55 (the current stable release) is pretty limited. While you can create and edit items just fine, you can't do anything with folders. You can't create them, move bookmarks in and out of them, or delete them. This has been changed in Firefox Nightly 57, as you can now create and edit folders from the Android browser. 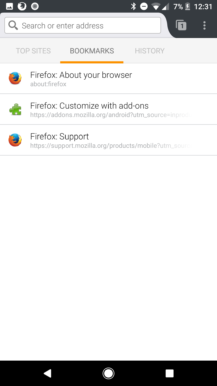 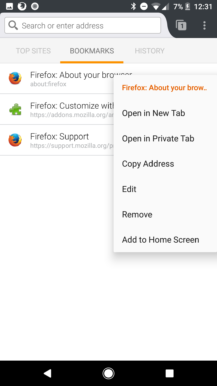 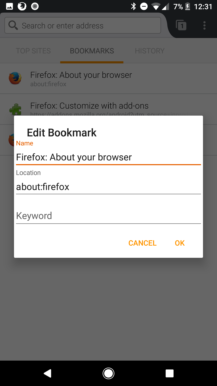 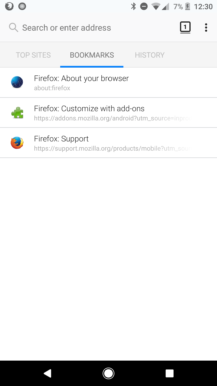 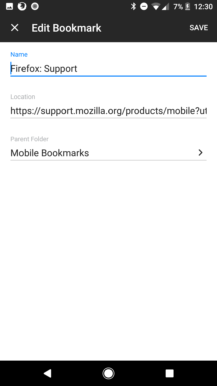 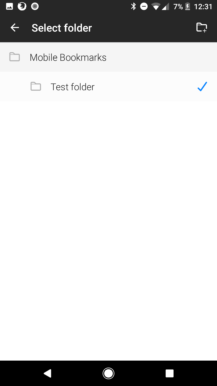 In addition, you can now 'pin' your most-used bookmarks to the Top Sites tab (Firefox's version of Chrome's New Tab Page). So if there are pages you want to access quickly, Firefox 57 will make it even easier. You can download Firefox Nightly from the Play Store below, and you can expect version 57 to be pushed to stable in November.