There are myriad ways to set reminders tied to your Google account, although Google Home is notably not one of them. But I digress; it looks like Chrome has joined Home in not supporting reminders. Until recently, you could set reminders just by typing them into the desktop Chrome search box. Google seems to have broken this feature, but it's still listed on the support page.

To set reminders in Chrome, all you needed to do was type "remind me" followed by the thing about which you wanted to be reminded. That reminder would appear on all your devices via the Google Feed and notifications. Now, you just get a useless search page. It seems like this feature might have stopped working a few weeks ago, but it's hard to pin that down as it was never widely known. 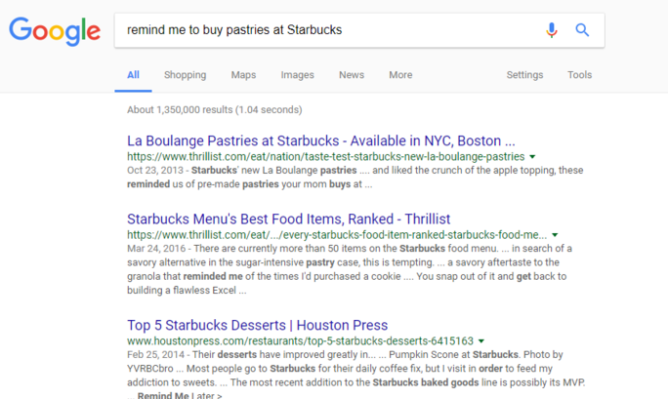 This is not what it should do.

It's unclear if Google has actually killed the feature because of its newfound preference for Assistant (the feature was tied to the Feed). It's also possible something just broke and no one has noticed yet. As previously mentioned, most users didn't even know this feature existed. We've reached out to Google for comment and will update if we hear back.

The option to set reminders from Chrome is back to working order. If you're used to issuing reminders by searching for "remind me to..." on Chrome, you can now resume your habit. The smart card is showing up as normal. Thanks, Chris A! 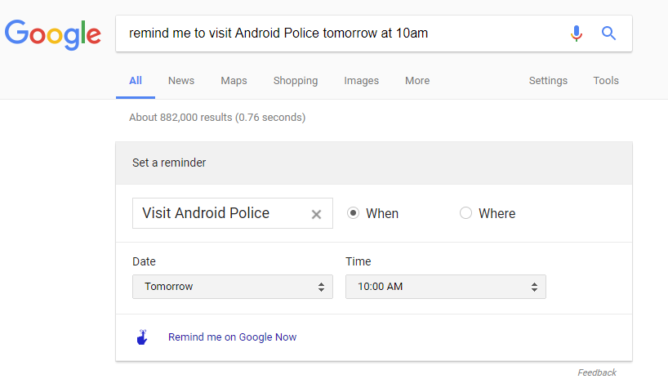