A few days ago, we reported on Android's September security bulletin, in which Google seemed to suggest the latest security patches for most Pixel and Nexus devices came bundled with the late-August upgrade to Android 8.0 Oreo. That turns out not to be the case, however, as our devices have all been stuck on the August 5th security patch level. There's still a fair amount of confusion swirling, but some users seem to be receiving September OTAs with up-to-date security patches at last.

Verizon has posted information regarding the new update for the Pixel and Pixel XL, listing the build number as OPR3.170623.007 and the security patch level as 2017-09-01. That build number is dated June 23rd, according to our calculator. Go figure?! Even so, we've had word from Verizon users who have received this update and with it the September security patch. 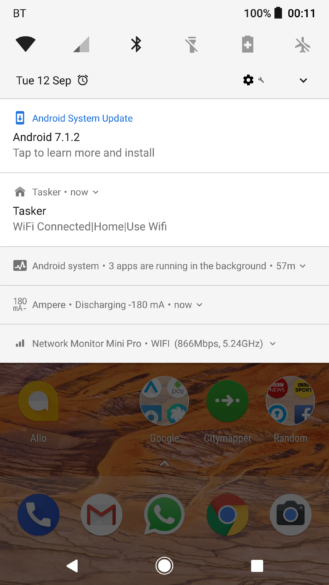 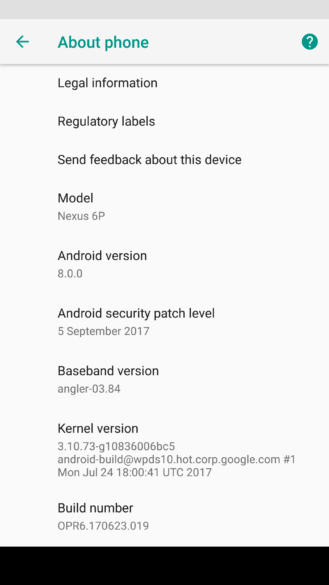 We've also heard from non-Verizon customers who are getting the OTA, in both the US and the UK, so there's clearly a wider rollout going on. There's still more befuddlement to be had, however, as the update has appeared for some titled 'Android 7.1.2' (above, left). Installing it does actually give you Android 8.0 Oreo with the September security patches, but someone obviously messed up the wording of the update. Nexuses are also getting in on the act, as we've had a confirmation from an up-to-date 6P owner in the UK (above, right).

I've not had anything for any of my devices in the UK yet, and the images aren't yet up on the Google Developers site, but hopefully it won't be long now. Let us know in the comments if you're up-to-date yet, or if there's anything else going on that seems a little strange. This has to be one of the most muddled updates in recent memory.