Notification channels are one of the key user-facing features added with Android Oreo, and almost all of Google's major apps were ready for launch day with their own set of custom channels. A few notable stragglers like Inbox and Hangouts remain, but today's update to the Google+ app means it cannot be counted among them. Unfortunately, the custom channels added in this update are almost certainly not what G+ users were hoping to see. 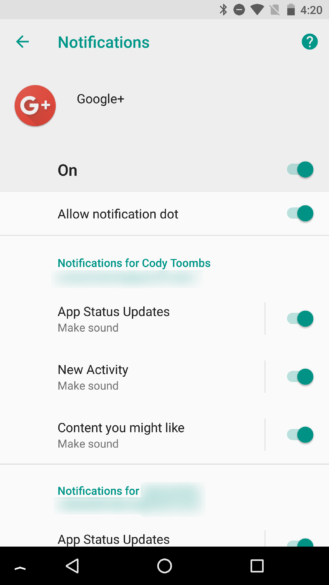 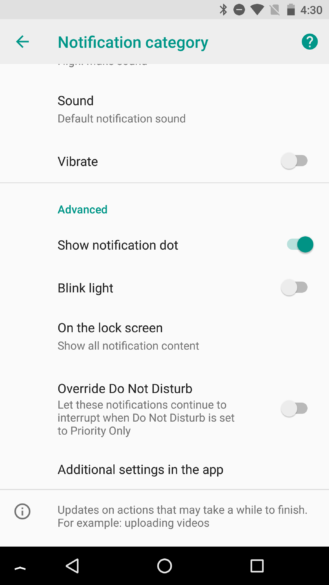 Shown above is the app notifications screen containing three new custom channels for Google+, including: App Status Updates, New Activity, and Content you might like. Each Google+ account signed in on the device is configurable, so you'll be able to choose different options for say your personal account and a business account. The channel names are perhaps slightly vague, but there are descriptions at the bottom of each of their detail pages. I've also copied them down below.

While most of us will probably want to at least turn off the sound (or all notifications) for both suggested content and app status notifications – yes, they both default to making sounds – I think most Google+ users were expecting a much more thorough set of channels matching the app's own list of notification types. Look at the G+ settings screen (shown below) and you'll find sixteen different events that can spark a notification, and not all of them deserve equal attention. 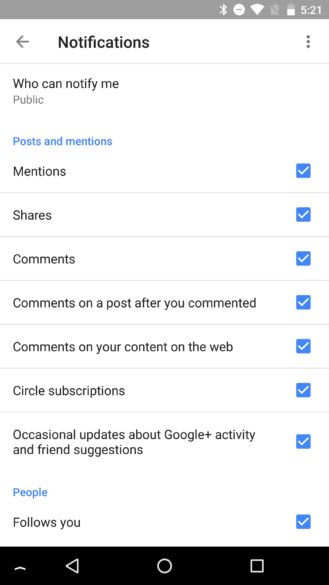 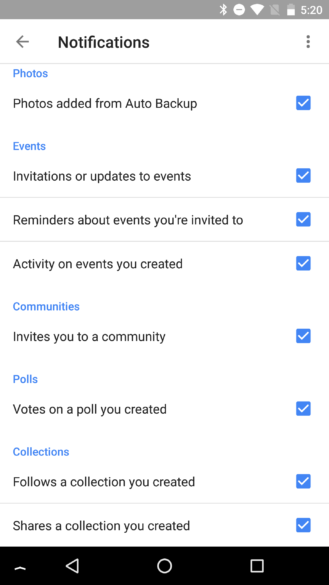 I want audible notifications when somebody carries on a conversation I'm a part of or when I'm tagged, but I would like to set new follower notifications to silent. And speaking from the perspective of having a semi-popul... err, a collection hardly anybody knows about, I'd be thrilled if those new follower notifications could go into my G+ notification list–I still like to know they happen–but prevent them from showing up in my phone's notification shade entirely. This type of control was the point of notification channels, and few apps could have demonstrated that potential better than Google+. Hopefully this will turn out to be a starting place and more channels will be following behind soon.

Amid much confusion, Pixels and Nexuses are finally starting to receive September security OTAs