Sometimes it's all about convenience, and what's more convenient than tossing your phone onto a wireless charger? If that sentiment strikes a chord with you, then this giveaway is likely to please. Right now Android Police and Choetech are giving 20 lucky winners a Choetech wireless fast charger, as well as their choice of either a USB-C to DisplayPort cable, or a USB-C to HDMI cable.

Whether you prefer things wireless or connected, either way, there's something to love. And if you don't want to wait for the giveaway to end, you can even pick up both the USB-C to HDMI and USB-C to DisplayPort cables now without exclusive coupon codes.

Choetech's wireless fast charger works via USB-C, and it's compatible with the fast-charging spec used by Samsung in the S7 and S8 series of phones (as long as it's connected to a QC-2.0 or 3.0 compatible adapter, which is not included). If your phone takes the more standard 5W wireless charging, that's no problem either. And with the convenience of USB-C, you won't have to mix and match cable types. 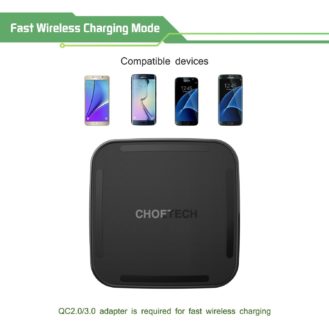 Along with the charger, winners are able to select from one of two cables for their prize. Each uses USB-C, and you can have either a 5.9' DisplayPort cable or a 5.9' HDMI cable. Both require that your device support the DP alternate mode for USB-C, and although some computers can handle that, not a lot of phones do just yet. The S8/+ and new Note 8 are notable exceptions, though. 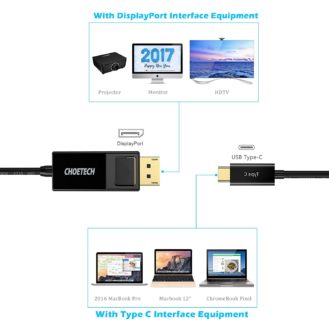 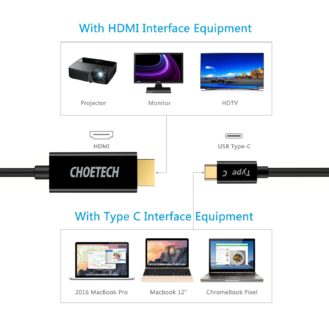 The DisplayPort cable supports up to 4K at 60fps, and the HDMI cable can handle 4K at 30fps. Reviews for both on Amazon are also quite positive, at 5 and 4.2 stars each.

This giveaway is also a bit different than most of our recent ones, as it's open to residents of the following  25 countries:

Usually, Choetech's wireless charger runs $13.99, and each of the cables cost $18.99, but twenty lucky winners will be able to pick up both the charger and one of two types of cables for free. That's a combined value of almost $33.

This contest will run until 11:59 PM Pacific time on Monday, September 11th. You must have a shipping address in one of the countries listed above to be eligible to win. You can enter the giveaway below: