Sony has stuck to their design language over the years, offering a level of consistency that no other OEM can approach. Whether you have come to love or hate the bezel, the XZ and XZs are both great devices that offer the same Sony experience and software we've all come to expect. And, right now, you can pick up both the XZ ($329.99) and XZs ($515) brand new over at Daily Steals with our exclusive discount codes.

Both phones offer astoundingly similar specifications. They look about the same, both have the same Snapdragon 820, the same 5.2" 1080p IPS display, the same 2,900mAh battery, the same microSD expandability, and both run up to Android 7.1 Nougat. 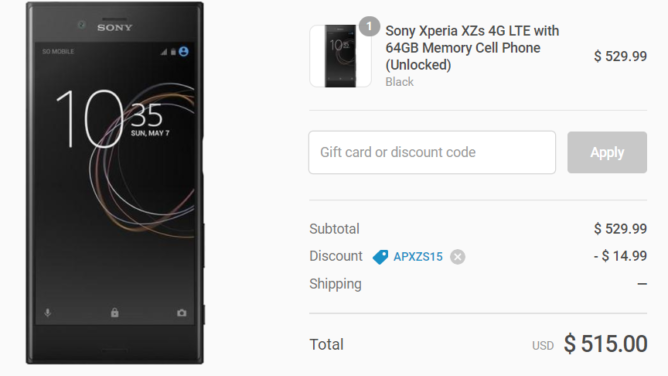 But, there are a few key differences. The XZs has an extra gig of RAM over the XZ, bringing it up to 4GB in total. This XZs also has more storage than the XZ, at 64GB. But the most significant defining feature of the XZs is the camera, which can record at 960fps for super slow motion videos. I guess the "s" in this case stands for "slightly-improved."

This deal isn't likely to last too long, either. There is a very limited quantity of each available. So, if either of these has been on your shopping list, you had better decide fast, as this deal is likely to expire quite quickly.