SwiftKey's one of the oldest Android keyboards around, and in that time, it's added support for quite a few languages - nearly 200, in fact. With this latest addition of seven new languages, the total number of languages supported has been brought to over 200, which is no small feat. 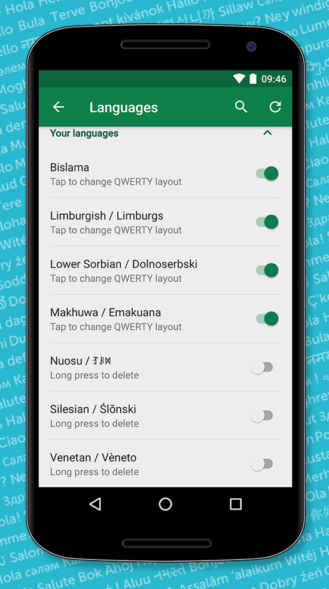 Without further ado, here are the seven new languages (you can see them in the screenshot above as well):

The SwiftKey team also notes that users can type in up to five language models simultaneously, making things a lot easier for multi-lingual people. If you happen to speak one of the seven languages above, download the latest update from the Play Store, which was released today.