All you Cardboard VR headset owners should take a quick look at Warner Bros. latest title on the Play Store. It is titled Justice League VR: Join the League, and it is a DC superhero themed minigame collection just released for the Cardboard VR platform. Each minigame has a different DC superhero as its protagonist, with a total of five games to choose from.

Considering that this is a Warner Bros. game, I am glad that they are still releasing promotional content for free. With their upcoming tie-in release of Middle-earth: Shadow of War for Android I was worried that they had all but given up on completely free promotional games. Luckily this is not the case as Justice League VR: Join the League is available in its entirety for free as it doesn't bog you down with things like in-app purchases or advertisements.

While we are still a month and a half away from the November 17 release of Zack Snyder's Justice League live action movie, you can at least jump into the action early with your Cardboard VR headset. As I mentioned before, there are a total of five minigames you can play through. Each one contains a different superhero, such as Batman, Wonder Woman, Aquaman, Cyborg, and The Flash. What is nice is that each minigame is different, so there should be an alright amount of content to explore.

So if you own an Android handset that is compatible with a Cardboard VR headset, there is little stopping you from checking out Justice League VR: Join the League. Sure it probably doesn't offer the most in-depth experience, but so few mobile VR games actually do, and hey, it's free after all. 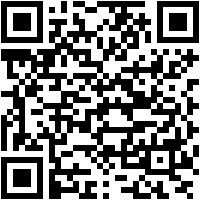 AT&T, Verizon, T-Mobile, and Sprint are working together to improve mobile two-factor authentication

Outlook for Android finally gets external app and service integration