We just saw the Galaxy Note8 pass through JerryRigEverything's durability testing, and it did quite well. But what about when you do break something on your expensive Note8 and need to repair it? iFixit has just torn down the Note8, and ended up giving Samsung's latest flagship a very "meh"-inducing 4/10. That's still better than the Essential Phone's 1, though. 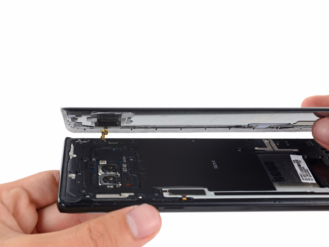 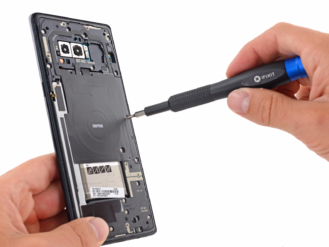 The iFixit team starts off by removing the rear glass panel with its iOpener tool to soften the adhesive and some picks. It's noted that the fingerprint sensor cable could be damaged when cutting through the adhesive, so pay special attention there. Some good news, though - all of the screws are of the Philips variety. After removing the wireless charging coils and the midframe, the battery can be seen in the middle of the device, which is a departure from battery positions on previous Galaxy S/Note phones. The battery is held in with glue. 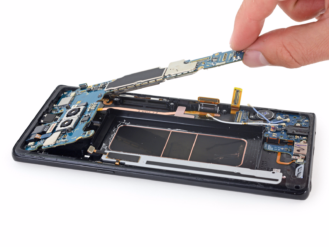 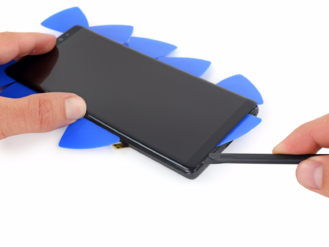 After the battery is removed, we reach the motherboard and the Note8's many cameras. Luckily, the USB-C port can be replaced without messing with the motherboard, as can the 3.5mm headphone jack and front-facing camera. The display comes off with some heat and many opening picks, and it's intact.

The Note8 ends up scoring a 4/10 overall, which isn't great, but what did we really expect from such a complex glass sandwich of a phone? Check the source link below to see iFixit's full diagnosis.

AT&T, Verizon, T-Mobile, and Sprint are working together to improve mobile two-factor authentication