The devs in Menlo Park have been busy recently rolling out significant changes to the look of the Facebook app for Android, more about which you can read here. We've now received tips about a further change that's currently being tested which replaces the linear, swipe-left hamburger menu with a pull-down grid of options. The new layout even has notification dots, just like Android Oreo. 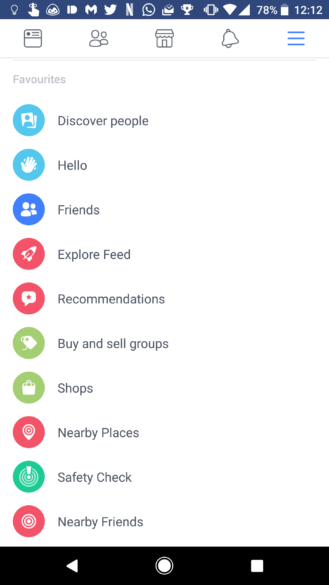 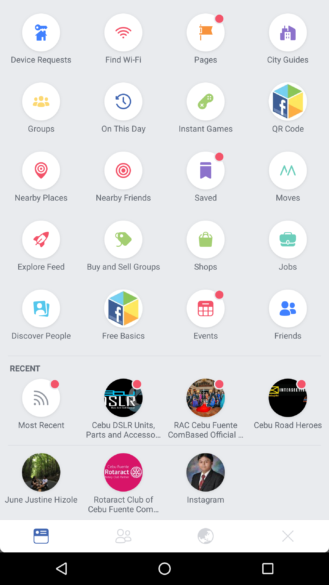 As you can see above, the hamburger menu usually lives on the right side of the navigation bar, and is accessed by either tapping on it or swiping all the way to the left. It brings up a list of options with a fair amount of white/wasted space. The new layout which seems to be in testing replaces the menu with a grid of items which much less free space, and as well as tapping on it you can now pull-down to bring it up. If that sounds a lot like an app drawer, well that seems to be the intention.

To add even more credence to the comparison, Facebook has also added Android Oreo style notification dots that alert you to something new behind particular options in the grid. The end result is an app drawer, of sorts, that fits much more information into the same space (without being cluttered) and should make navigation within the app that little bit faster. Sagar Bakre over at Mobigyaan created a video showing how it works...

When the menu is pulled down, the navigation bar moves with it to the bottom of the screen. There's also one other change of note, the marketplace icon from the navigation bar has been removed. I would have thought it was just added to the grid but I can't see it in any of the materials we have, and I myself don't have the new UI. If anyone finds it, do let me know.

The changes are likely part of a server-side test to a limited number of people rather than through a version update, so chances are you won't have them yet. But if you do, now you know why. You can install Facebook on the off chance by using the link below or grab the latest version from APKMirror.

Duolingo launches Korean language course, Klingon coming by the end of the month

Drive File Stream is rolling out to all G Suite users