Language is officially no longer a barrier for Allo users, message translation is now rolling out to users everywhere. First discovered back in July with a teardown of v14, translation can be done by long-pressing a message and tapping the Google Translate icon appearing in the title bar at the top. You can also hide the translation with another long-press and a tap on an undo icon. 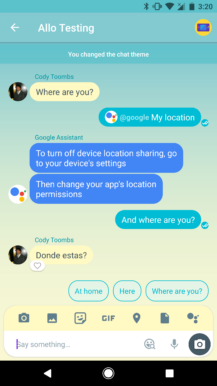 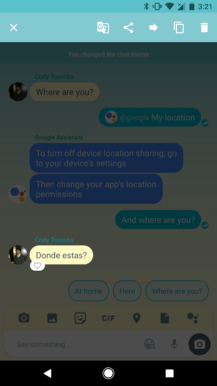 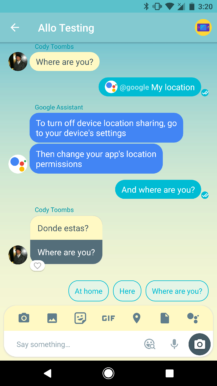 Translation doesn't require Allo v18, which just began rolling out today, it works at least as far back as v17. In fact, it could even be activated before Google enabled it by using a simple hack (on rooted phones), but it may not have been ready for prime time until now. Since the rollout occurred, I can see it working on both v17 and v18 in group chats, but the button doesn't appear in one-on-one conversations on v17.

It's not really clear if everybody has access to translation yet or if this is a staged rollout, but everybody I've checked with has it. Unfortunately, there's no easier way to activate it yet, but maybe we'll see a more fluid option in the future.

Aside from making sure translation works in solo chats, the only other change we've spotted in today's release of v18 is support for round and adaptive icons on Android Nougat and Oreo, respectively. Duo also switched over to adaptive icons a little over a week ago, so it was pretty inevitable Allo would follow soon enough.

Opera support for the web?

This one is a bit flimsy, but the Opera web browser icon and a basic text title were just added to the resources from this update. There's no specific information to back this up, but a look through the decompiled code and a couple of clues hint that it's probably going to show up once the web client adds support for Opera. At this time, only Chrome is officially supported.