Lately, YouTube has been pushing a ton of server-side changes to users. In just the span of a few weeks, the comments section has been tweaked, the bottom nav bar test returned, and expanded replies were improved upon. The video-sharing service isn't stopping there; today, it seems that YouTube has begun displaying to a few users little snapshots of the video you're watching when you seek through it. 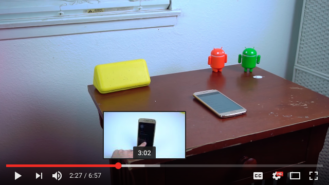 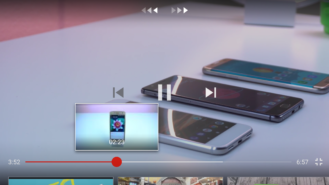 Frequent users of YouTube on the web and iOS will instantly recognize this feature - it's been out for a while on those mediums, and it's extremely helpful if you're trying to skip to a certain point in a video. I was pleasantly surprised when I saw these previews pop up on my V20 today. After all, apps exist to make things more convenient, and this definitely makes it easier to find a specific scene or frame.

I checked a bunch of my phones to see if they all have the feature, but only my V20 currently does. All are on YouTube version 12.11.57, indicating that this is a server-side test.

Oh, and those screenshots you've just seen? Those are from the Moto G5 Plus review on the Android Police YouTube channel. Check it out.

The feature appears to be live for (almost) everyone now. We've tested it on several devices running the latest YouTube v12.32.60 and it showed up on all of them. It was also live on one device running an older v12.29.57, but we didn't see it on one tablet running the even older v12.19.56. Our theory is that it's been enabled with a server-side switch for everyone on any relatively recent YouTube version. Let us know if that's the case for you. Thanks, David Slawotsky!

Atom Visualizer is the first ARCore app, and you can try it now on select devices