As you may know, stock Android already has a basic migration tool, which can transfer some data and apps from an old Android device to a new one. The original Pixel and Pixel XL have an improved version, with the added ability to transfer some data from an iPhone with the included Type-C-to-Type-A adapter. 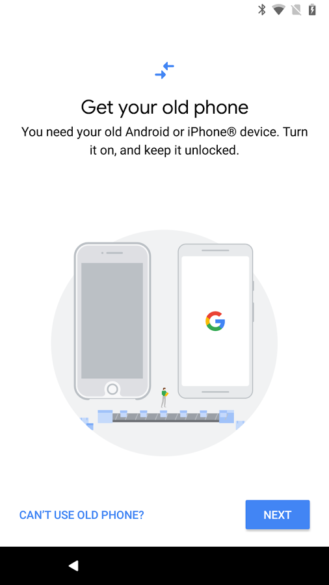 The only screenshot on the Play Store listing.

Only one screenshot is listed, which appears to be the initial screen asking users to grab an old Android or iOS device to transfer data from. The phone on the right seems to be a Pixel 2 XL, with G6-like rounded screen corners and relatively-small bezels. It's important to note that this is just an illustration, and the dimensions might not be completely accurate.

Just before this post went live, Google switched out the above screenshot with the one embedded below. The new image appears to be from a Nexus device running Android Nougat, and indeed, it's from Google's existing Data Transfer Tool. If you look at the old app's Play Store page, you'll see the same screenshot. 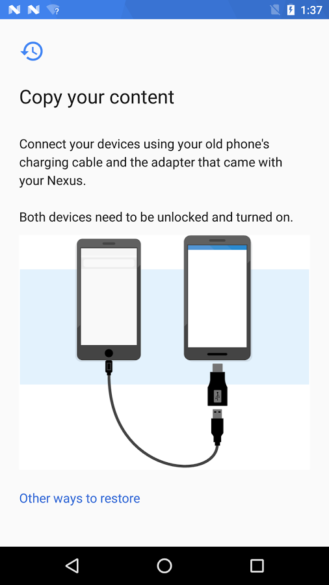 It's not clear exactly what new features this new Data Transfer app has over the existing Pixel transfer tool. You can't install it on anything (probably locked to the Pixel 2), and the description simply says, "This system app will be automatically installed on your phone. Please don't install this app." The changelog states, "Updated usb migration for our great users," but that seems to be copy-pasted from the old app listing. Google's cool collaborative whiteboard, Jamboard, comes to the UK for £3,999