The past few Chrome releases have only had one or two user-visible changes, with most of the work going into new features that websites can use. But Chrome 61 has plenty of both, most notably the new Chrome Home UI that is finally rolling out. Let's dive right in, shall we? 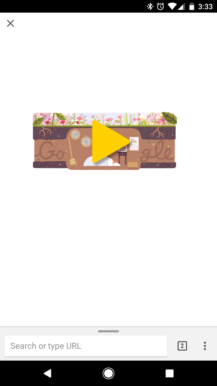 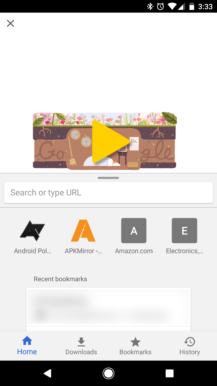 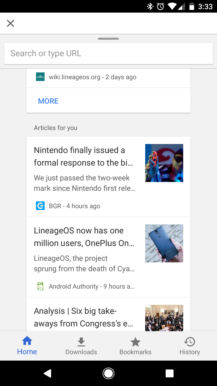 Now the time has finally come - Chrome Home is rolling out on the stable branch, starting with version 61. While it hasn't been activated on my devices (automatically, at least), many others have already received the new interface. 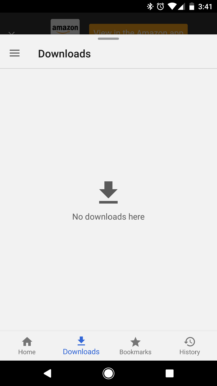 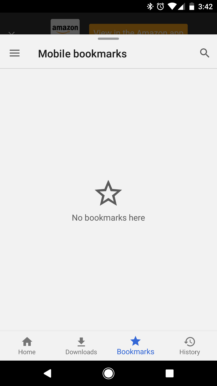 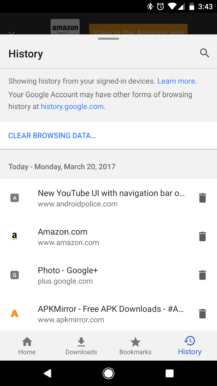 The second 'stage' of Chrome Home, the rounded interface that Google calls the 'Modern layout,' doesn't seem to be part of this rollout. Maybe that will start being pushed to Chrome stable with the next update.

One of Chrome's more unique features is automatic translation for web pages. When you visit a webpage that isn't in your native language, Chrome will ask you if you want it translated. Then after a second or two, the entire page will switch to your language. This functionality already exists on Chrome for Android, but with Chrome 61, the interface is getting an upgrade. 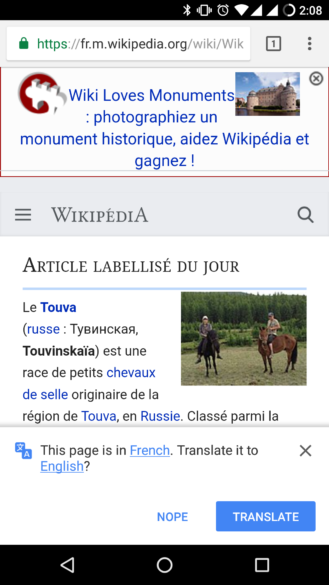 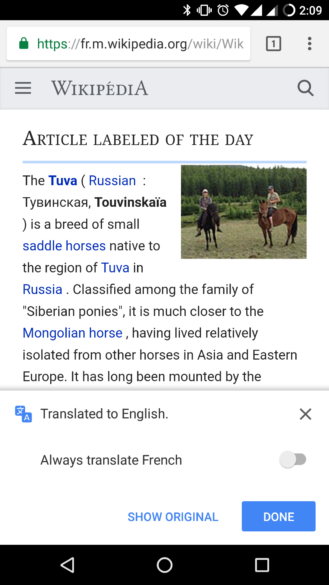 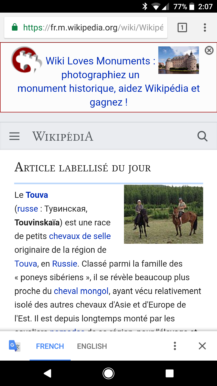 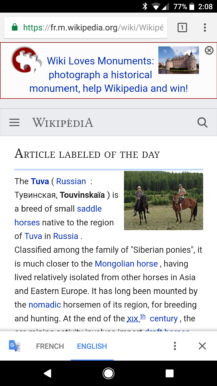 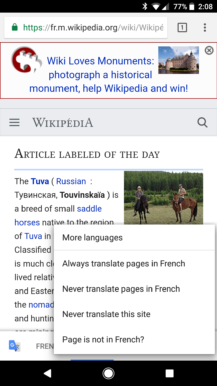 The new compact design has tabs for switching between languages, and an overflow menu for more options. It definitely looks better than the old design.

This feature is directly mentioned in Chrome 61's changelog, but it wasn't activated for me at the time of writing. This could be a server side change that is still going live, so if you don't have it, just set the #translate-compact-infobar flag to 'Enabled.'

The current file picker in Chrome is rather basic. It's just a small popup at the bottom of the screen, giving you the option of opening the file manager or Camera. Chrome 62 has a new file picker, with recent images appearing right in Chrome alongside Camera/File manager shortcuts. 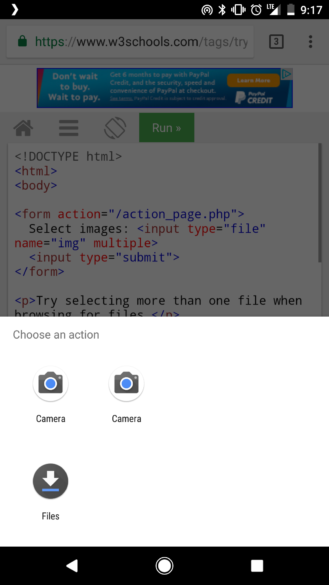 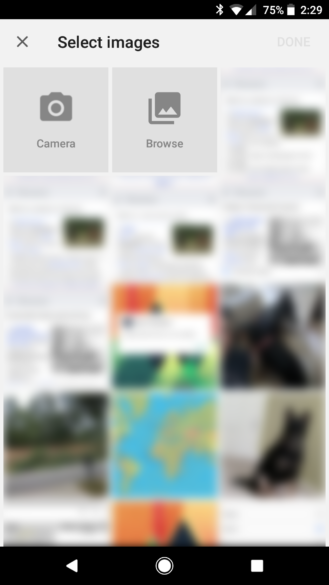 It's nice to have recent images right in Chrome's picker, so opening a separate app won't be necessary most of the time.

This feature is directly mentioned in Chrome 61's changelog, but it wasn't activated for me at the time of writing. This could be a server side change that is still going live, so if you don't have it, just set the #enable-new-photo-picker flag to 'Enabled.'

Last year, Chrome 55 shipped with support for the Web Share API. The new API allows webpages to create share buttons that work exactly like share buttons in native Android apps. For example, an image gallery could add a button next to each image that shares the URL with other apps on your phone, so you wouldn't have to download the image or copy/paste the URL manually.

The API was initially introduced as part of an Origin Trial, meaning it wasn't ready for widespread use. Chrome 61 enables the Web Share API globally, so sites don't have to register with Google for the feature to work. You can try a demo of it here.

Another feature leaving the Origin Trial stage with Chrome 61 is the WebUSB API. Initially, it was set to be part of Chrome 60, but it barely missed the deadline. As the name implies, this allows web pages to interact with specific USB devices, given user permission. 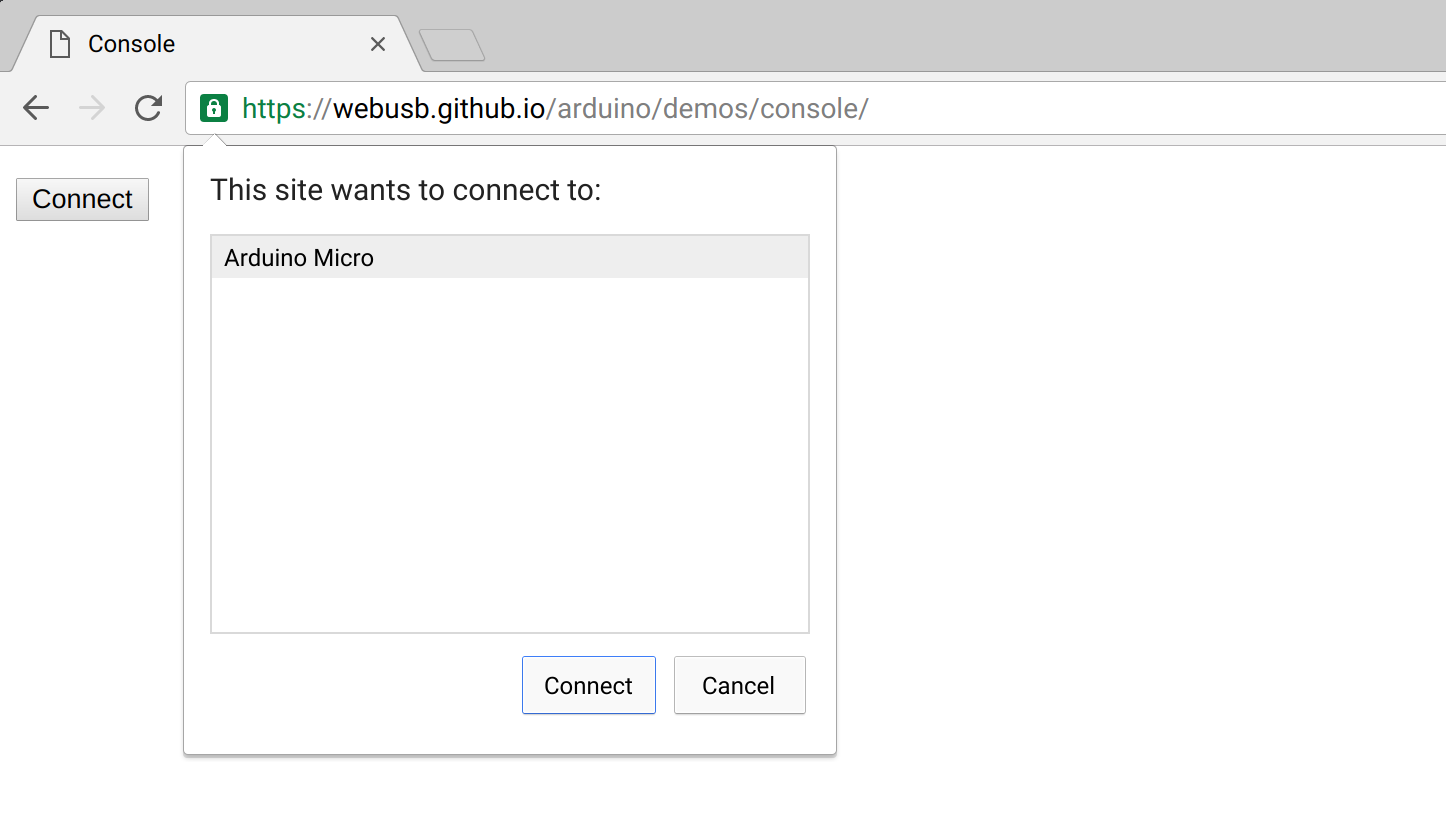 Before you freak out about the possible security risks, Google has taken every precaution to make sure this is used properly. Sites have to be using HTTPS before the WebUSB API will work, and the USB devices themselves have to state which sites can be used with it (using the WebUSB Platform Capability Descriptor).

In other words, only USB devices specifically meant to work with WebUSB can be controlled via Chrome, and only with the sites the device allows. So what are some possible use cases? Logitech said on the Origin Trial report that it is excited to try WebUSB to configure devices like mice and webcams, without the need for installing native desktop software.

Like always, Chrome 61 includes changes for both users and developers. Here are some smaller features that ship with this update.

JerryRigEverything puts the Essential Phone's premium materials to the test