We haven't heard a lot from Android One lately, but it seems that the program is catching on in several countries like Japan and Turkey. You can add India to that list, as well as several dozens other countries thanks to the announcement of the new Xiaomi Mi A1.

Xiaomi had teased a new "flagship dual camera" on Twitter a few days ago, and just like the rumors predicted, this is the Mi A1, the latest Android One (A1, geddit?) phone. And I have to say, Xiaomi pulled all the stops there. It's an impressive device for an impressive little price. I'll make things easier by listing the specs in a friendly table format: 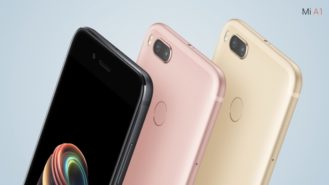 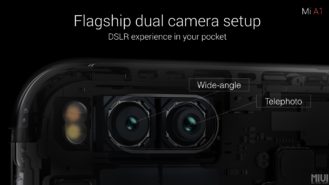 As you can see, Xiaomi pulled a good one here. The Mi A1 looks nice with its rounded edges and curved 2.5D glass, almost invisible separation lines, and metal unibody design. And at the price point, you can forgive the bezels and reverse hardware navigation keys.

Xiaomi says it used a pyrolytic graphite sheet in the device to improve the thermal dissipation and reduce the temperature by 2°C. Additionally, the black model also has a special coating to resist fingerprints, which should be welcome for anyone who's seen how unsightly most glass-covered black devices get after being handled for a few minutes. 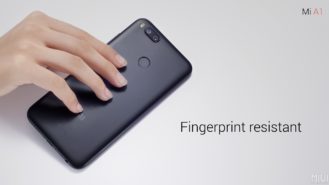 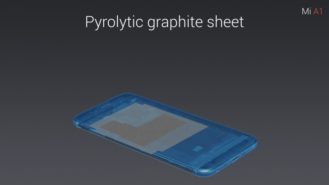 Obviously, one of the star features being touted is the dual camera setup on the back. Xiaomi says there are several dual-cam setups on the market today, but it opted for the wide-angle + telephoto one, with 12MP lenses on both that are "similar to iPhone 7 Plus" and deliver "a remarkable DSLR experience." There are plenty of software enhancements to the camera too, including natural color correction and a "Beautify 3.0" feature for the back camera. You can see samples taken by the Mi A1 below, though they've obviously been reduced in size and probably a little processed.

Beside the hardware, the other focus here is the software. As part of the Android One family, the Mi A1 runs "pure" Android, with what looks to be Xiaomi's cam app on top. It seems like it will ship with Nougat (not specified, but likely 7.1.2), but Google promises it'll get Oreo in 2017 and will be one of the first devices to get Android P next year. For now, you can be sure that the Mi A1 has Play Protect, Google Assistant, and unlimited "high-quality" Google Photos storage. 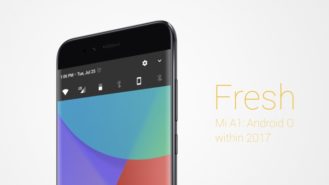 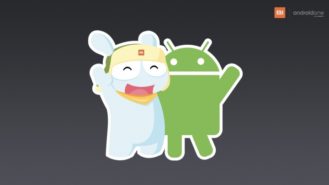 Stock Android and fast updates are obviously winners compared to Xiaomi's previous devices (just ask Jordan how much he loves MIUI), but the Mi A1 even shines when put against competition from other brands. At the price point, it's hard to find a device that offers this much and doesn't skimp on the bonuses like the IR blaster, Type-C charging, and audio power amplifier. Those are quasi unheard of at this $234 price, heck the IR blaster is even hard to find on much higher price points. 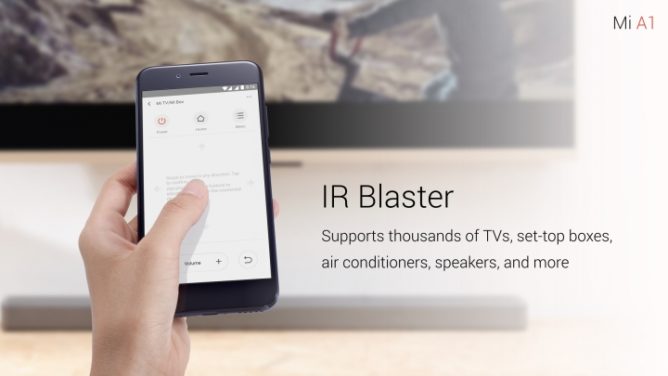 If you're intrigued, you don't have to wait long. The Mi A1 will first go on sale on Mi.com, Flipkart, and Mi Home on Sept 12 at 12PM (likely Indian time). It will also come to many offline retailers in India (left slide below) then to more than 30 other countries (right slide below). Those include several Asian, European, Middle Eastern, and Central/South American countries. I'm seriously considering importing one once they hit the UAE. 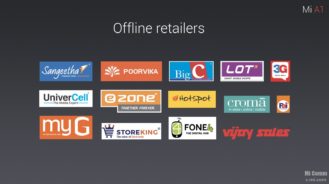 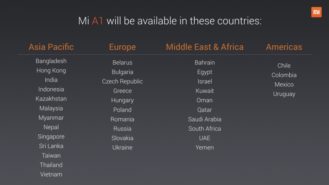 In the meantime, feast your eyes on this unboxing and first run video:

[Freebie Alert] Runtastic Mountain Bike Pro down from $4.99 to $0