The XZ1 has a 5.2-inch display with 1080p resolution, and the Compact's is 4.6 inches at just 720p. They have a lot in common; more than you'd expect considering they have such different form factors. You can check out our announcement post for all the spec details, but the basics are: Snapdragon 835, 4GB of RAM, and a 2,700mAh battery. It's so rare to see a phone with a small screen getting the same specs as the larger version. Google does this with the Pixel, but the 5-inch Pixel is much larger than the 4.6-inch XZ1 Compact. That size isn't going to appeal to most people, but those who do want a small phone will probably tell you very loudly how much they like the XZ1 Compact. The screens are alright—they're very obviously LCD panels. The colors are flat, and brightness isn't great. 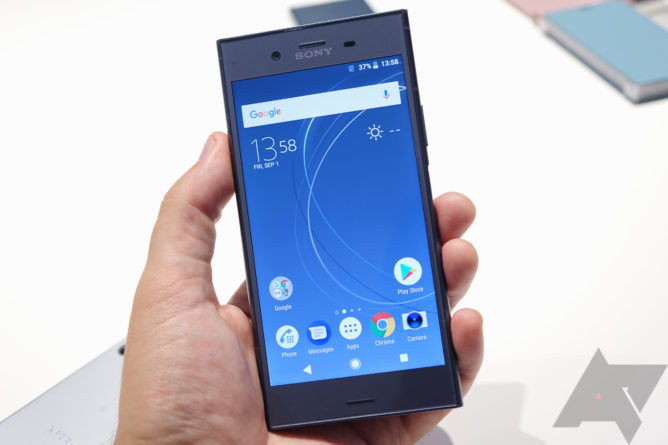 Sony's design language hasn't evolved much in recent generations... or at all, actually. Even at a glance, you can immediately tell these are Sony phones. They have rounded unibody aluminum shells, flat end caps, and really big bezels. The front-facing speakers might make up for that a little. It's been said these phones are "ugly," but I don't want to pass judgment just yet. For now, let's just say they're divisive. The aluminum is smooth but has a matte texture that doesn't feel particularly "metallic." The Compact has a rather blocky profile, and it's nearly a centimeter thick. That's the cost of having a phone with such a small screen. 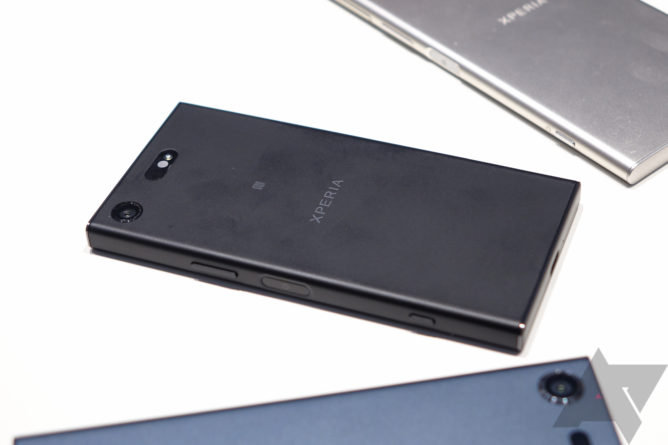 The XZ1 Compact is a chunk.

On the right edge are the volume rocker and power button. That power button is still home to the fingerprint sensor as well. Sony has yet to announce launch details, but we'd imagine when and if these phones come to the US, this sensor will be disabled. Why does this keep happening? We keep asking, but Sony won't say. Hey, at least it has a headphone jack. 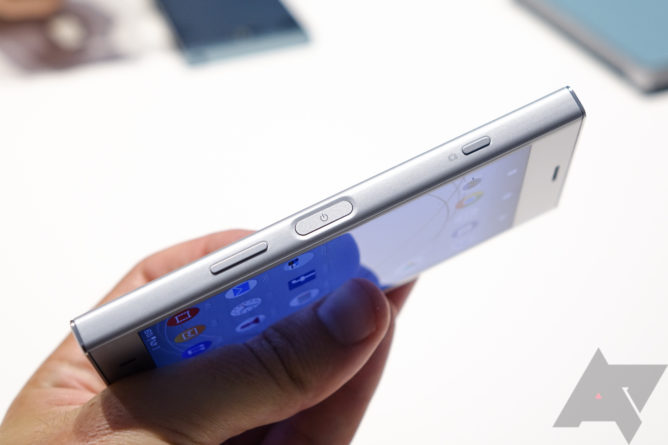 Sony's had some issues with its cameras in the past, and I'm not overly confident these phones will do much to change that. The XZ1 and XZ1 Compact have a 19MP rear sensor, and there's a physical shutter button on the side of the phone. You get a laser autofocus module, along with a color sensor that's supposed to make exposures more accurate. There is no optical stabilization, but Sony speaks highly of its electronic stabilization. I did notice some blurring, especially when pressing the physical shutter button. Image processing still seems sub-standard compared to other phones—fine details are blotted out by over-sharpening and colors are muted. Sony does have a new 3D scanning camera feature, but that's probably not going to get a lot of use. 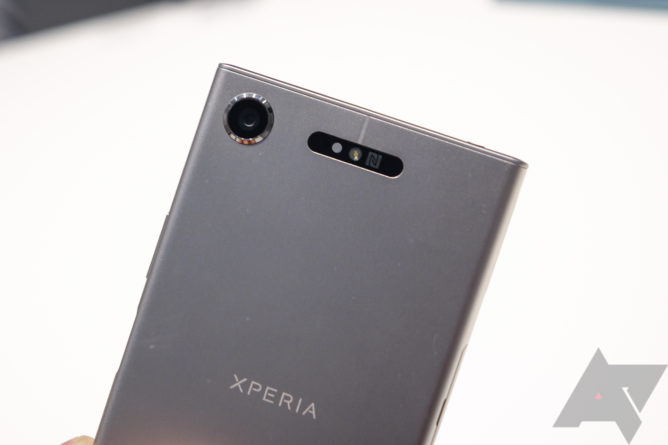 Probably the biggest news here is that Sony already has Oreo running on these phones. Other OEMs are still launching devices in the coming weeks and months with Nougat, and that's really par for the course. It does feel like the new Xperia devices could have some way to go before they're ready for prime time—the OS does not feel particularly well-optimized right now. However, Sony appears to have given up on the clunky custom nav bar icons it was using before. Now, they're the stock Android icons in the same style as the Pixel, with a concentric circle around the home icon to indicate Assistant is active. 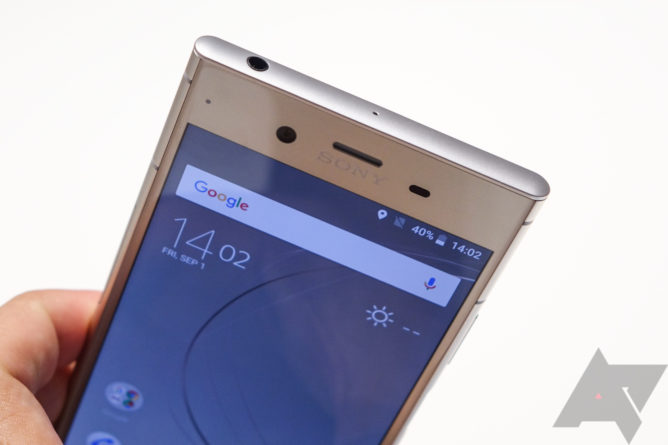 Sony will begin launching the XZ1 and XZ1 Compact in various markets next month. Specific announcements on pricing and availability will be made in the not too distant future. I would not expect the US to be among the first regions to get them, but it'll probably happen eventually.

LG G Pad X2 8.0 Plus is now available from T-Mobile, including Plus Pack battery/speaker