With every new OS release, there are bugs that will need to be worked out, and Android Oreo is no exception. One of these bugs is completely preventing Oreo devices from setting up the Canary Flex security camera. Fortunately, Canary and Google are both aware of the situation, and a fix is on the way. 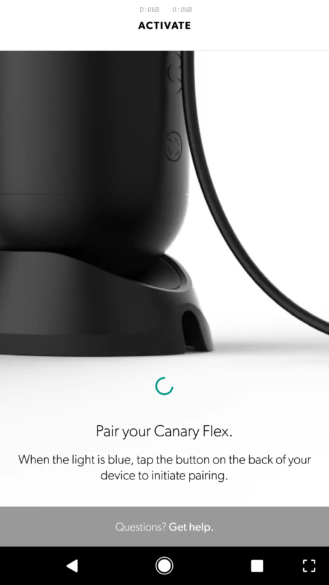 This issue comes courtesy of our dear leader Artem, who's been testing out the Flex and has run into some classic #artemsluck. His Pixel XL on Oreo was completely unable to connect to the camera, and his OnePlus 5 on Nougat was also having some issues. After some further digging, it was discovered that it was Oreo that was the culprit.

Proof that Canary is hoping users will not upgrade to Oreo comes in the form of an email from Canary to Artem, in which the Canary employee states the following:

"Just for clarity around your Pixel XL issue Android owners have been experiencing a number of different issues after installing the final version of Android 8.0 (Oreo). We have been advising all Android owners not to upgrade to Android 8.0 until Google addresses these issues and until we have successfully verified it works. We are aware of one specific issue that directly impacts Bluetooth pairing and the advertisement of Canary Flex devices. We have spoken with Google who recently added additional advertisement packet verification to Oreo and they advised us next Oreo update will show Flex devices again. Release date is TBD."

Regarding Artem's issue with the OnePlus 5 not connecting (it could detect the Flex, but it couldn't pair), Canary included a few steps that I'll attach here in case any of you experience the same issue:

To Artem's surprise, the Canary Flex actually did successfully pair with the OnePlus 5 after going through these steps and turning Bluetooth on the Pixel XL off. The kind folks at Canary said that they did not believe turning Bluetooth on the Pixel XL off was the exact issue, but that going through the steps above allowed previous cached BLE data to be erased, allowing for a fresh start.

Canary also noted that it was only the newer Flex model that is having this issue, not the original Canary camera. Google is already working on a fix (which you can view here), although no release date was given. For now, those of you with Oreo devices who need to connect to Canary should try using another non-Oreo device, or you can just wait. We'll update this article when the issue gets fully resolved.

Sony announces two more Bluetooth headphones and a pair of earbuds, all with terrible names