Chris Lacy has had a busy few months updating his popular Action Launcher. Since a major overhaul in June, the app has added numerous features that mimic the way the Pixel launcher works in Oreo, bringing features such as the Google Feed, notifications dots, and shortcuts to almost any Android device. The last update, to v27, included new theming options and a Pixel-inspired weather widget. The beta for v28 is now starting to roll out, and it comes with full support for adaptive icons and a light navigation bar. 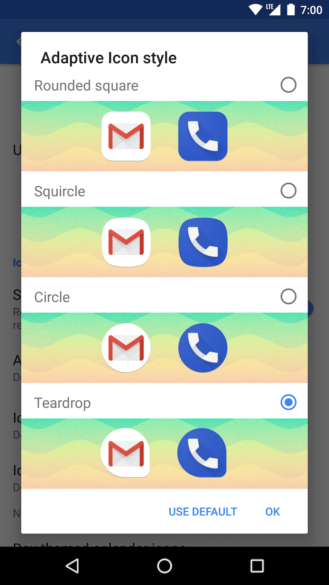 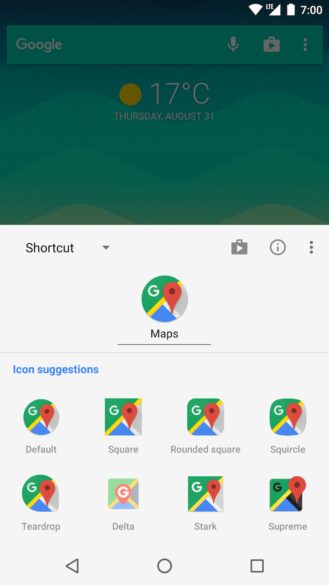 A key feature of Android 8.0 Oreo, adaptive icons are supposed to be implemented by developers of apps, and that should allow phone users to pick different icon shapes in their launcher. Lacy has added 5 icon shape options to Action Launcher, such as circles, squares, rounded squares, teardrops, and squircles. The feature will only work on devices running Oreo, however.

The latest beta also improves on the Quickedit feature which allows you to replace shortcuts with selections from any icon packs you have installed on your device. Adaptive icon support is integrated into the picker, too, so you can mix and match any way you'd like. One other enhancement was mentioned for the v28 update, and that's a light navigation bar for screens that may look better with it, such as the Quickedit screen.

Lacy talked about further changes he's working on for a future beta release, like support for Android Oreo's widget pinning. You can grab the app from the Play Store link below and opt into the beta here. If you'd like to install the update manually instead, head over to APKMirror.

Lenovo Home Assistant Pack transforms the Tab 4 into an Alexa speaker of sorts... nothing to do ...