Armor Games has remade their popular flash-based strategy RPG Sonny and have released it on the Play Store. It contains all of the content found in the Steam release and is available for free with intermittent advertisements after every other battle. There are no extra purchases, no wait timers to artificially slow you down or any other shady free-to-play mechanics. What you see is what you get.

Fans of the flash games will quickly notice that this Android release is quite different. To start the graphics are not as gothic. While they are more detailed, the dark and brooding atmosphere found in the original is gone. There has also been a good amount of depth completely removed from the game by slimming down the skill tree system, though you can unlock different strains (which function similar to classes) at various points throughout the game. These strains luckily come with their own unique skill trees that will suit different play styles. Also, much of the voice acting found in the original is missing in this remake. My guess is these tweaks were made so that Sonny would be more accessible to a larger mobile audience.

As for the gameplay, like I said it's slimmed down, but what you do get is still pretty solid. You begin slowly enough learning the turn-based mechanics of the game. From there you are introduced to a simplistic central hub where you can choose to fight or tweak your team's setup. When you decide to fight you are dropped into a battle where you will duke it out through numerous waves of enemies. This turn-based fighting works by selecting each enemy individually in order to choose who you attack. When the enemy is highlighted, you will have a few different attacks you can perform. These can later be tweaked to your liking from your central hub. 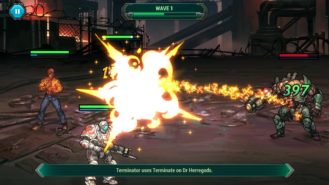 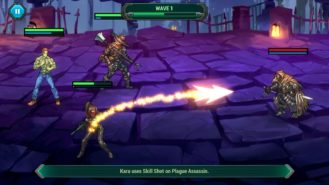 Now, one gripe I had with the equipment system is that your appearance does not change no matter what you are wearing. Throughout the entire game, you will appear as a green muscle-bound shirtless dude with ginger hair. Well, that is unless you unlock different strains. These can change Sonny's appearance depending on how many points you have placed into them. Honestly, it would have been nice to see your character's appearance change with their equipment choices, not through the different strains you unlock.

Oh, and as mentioned before, this is an entirely free title. There are ads, but they are not too frequent. What is annoying though, is the fact that you can not remove these ads. It would have been nice to have the option. And as far as Google Play Games Services support is concerned, there is none to be found. While there is an in-game achievement system, it isn't through Google Play Games. This also means there is no current way to save your game data to the cloud. So cross-device play is out if you wanted to be able to pick up where you left off on a different device.

To me it's worth keeping in mind that Sonny is a remake. There really is no need to know anything about the series before jumping in. While this release is a little dumbed-down, that does not mean it still isn't a fun game. Just don't expect the same experience as the original flash games and your time spent with this Sonny remake should be perfectly fine. Palm brand will return in 2018, with devices built by TCL