Google started testing a Material Design makeover for the desktop YouTube site over a year ago. The design went into open beta a few months ago, and now Google is finally flipping the switch for everyone. Also, YouTube has a new logo. 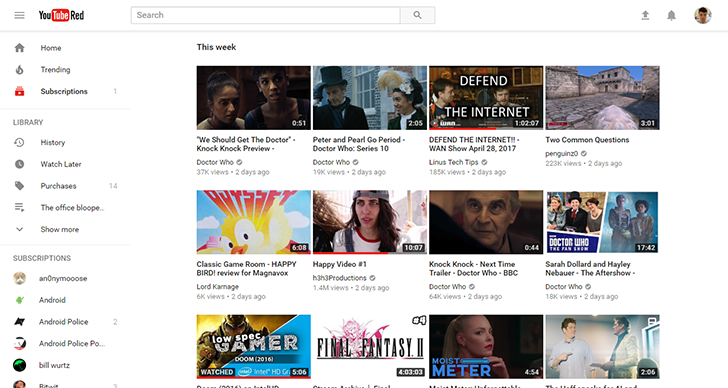 The interface hasn't changed since the public beta went live, but if you've never used it, the new site heavily relies on Google's Polymer framework to deliver a fast and reliable experience. I wish there was a bit more color, but I think it's an improvement over the old design. There's a night mode toggle too!

Google also officially announced several changes that have either been in development or already pushed to a vast number of users. These include speed controls in the mobile app, adapting to different video sizes, and the all-white mobile UI. Finally, the company revealed a new logo for YouTube:

The new logo is designed to be flexible in branding. If you're advertising your YouTube channel, you can just use the Red play button to easily identify YouTube instead of the whole logo. I think most people would have guessed what it was anyway, considering the Red play button has been the mobile app icon for a while now, but it makes sense.

All of these changes will start rolling out today across desktop and mobile, if you don't have them already.