Back in January, Google Maps on Android added a handy new parking availability feature, letting you know the likelihood of finding a spot at your destination. It was initially only available in a handful of US cities. Since the v9.51 Maps beta update in April, a parking difficulty icon is visible before you even start navigation, so you can change your destination accordingly if parking is going to be too difficult. Now, that feature is coming to 25 new cities in regions outside the US, such as Canada, Brazil, Russia, and various European countries.

Thanks to a combination of historical data and machine learning, the directions card in Google Maps shows a parking difficulty icon with either Limited, Medium, or Easy. You can see it in the image above, although I'm not sure why anyone would be foolish enough to park by Trafalgar Square. It's now available in the following cities around the world:

That's in addition to the US cities that were already supported: 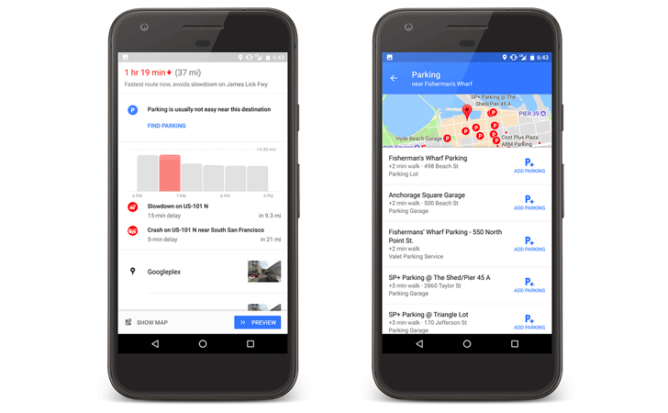 Another new feature is also being introduced (just for the US cities at present) that allows you to 'find parking.' This will list car parks near your destination (see above), and will even include walking directions to get you where you need to be after you've parked up. You can already save your parking location in Maps, so these further additions add up to a pretty robust service to help you get around with as little fuss as possible.

There's no mention of an update to get these new features, so they're probably being made available via a server-side switch, and should be live for most from today. Let us know what you make of the new additions if you're lucky enough to live in one of the supported cities.