It may seem unthinkable that the much maligned 'selfie,' a photo of oneself taken by oneself, could be used in any meaningful, useful way. That's exactly what is being proposed by researchers from the University of Washington. They've developed an app called BiliScreen which could utilize selfies, as well as computer vision algorithms and machine learning tools, as a method of screening for pancreatic cancer.

For anyone who takes things too literally, let's be clear; this doesn't involve trying to take a snap of your own pancreas with your smartphone. A photo that shows your eyes or skin is what could be used to check for certain types of pancreatic cancer, and it's all to do with increased bilirubin levels, which is one of the earliest symptoms. It's what causes jaundiced skin, and if you've ever had a bruise go a little bit yellow, that's the same stuff. As well as affecting the skin, it can also build up in the sclera of your eye (the white part), and detecting it before it's visible to the naked eye could be vital for increasing survival rates. 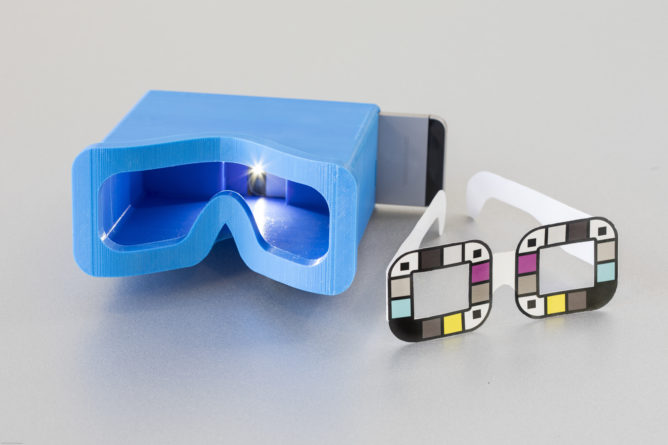 In its current form, the app needs an accessory in order to account for differing lighting conditions and improve accuracy. Researchers have experimented with two different types. One is a 3-D printed box that houses a smartphone and blocks out ambient light. The other is a slightly more basic set of paper glasses with printed color squares for reference. The team hopes that future iterations of the app won't be reliant on any hardware other than the phone itself.

In an initial study, the app along with the 3D-box had an 89.7% success rate in detecting cases of concern when compared with the current blood test method. That's not bad for an opening trial, and hopefully, the process can be fine-tuned further for even better results down the line. With a 5-year survival rate as low as 9%, pancreatic cancer is one of the most devastating types, so any tools that might help to catch it early are certainly a worthwhile cause.