Samsung has finally unveiled the Galaxy Note8, revealing the (rather heavily-leaked) device at its Unpacked event in New York City today. You won't be surprised to know that it comes with little in the way of surprises. It's basically a bigger Galaxy S8+ with a stylus and dual cameras.

The Note8 is something of a chance for Samsung to make things up to fans of the Note series, after the Note7 was forced off shelves because of defective batteries that led to the smartphone catching fire. Knowing that Note fans were deprived of a generation of hardware, Samsung is likely eager to capitalize on the eagerness of said fanatics to finally upgrade. 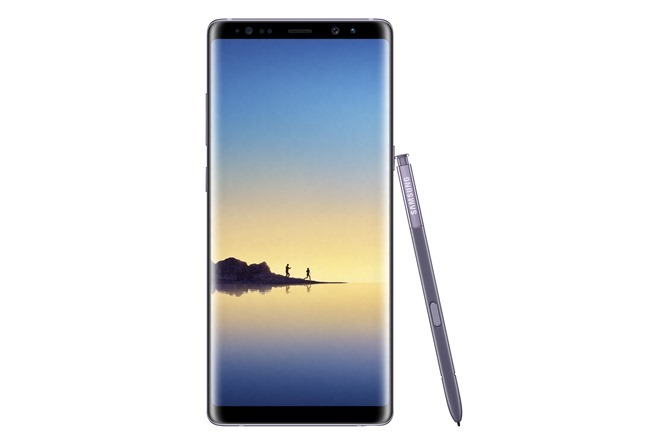 The Note8 sports a 6.3" Quad HD+ Super AMOLED display at an aspect ratio of 18.5:9. Branded as an Infinity Display like those on the S8 and S8+, the Note8's screen has incredibly tiny bezels all around, giving it a striking and modern look. But the similarities don't end there. The Note8 has the same processor (Snapdragon 835), same storage (64GB in the US), same IP68 rating, wireless charging, and same ports (USB-C, 3.5mm) as the S8. It runs basically the same TouchWiz software, albeit updated to Android 7.1.1. There are, of course, additions to the software for the stylus functions, as well as some in the camera department. Which brings us to the major hardware upgrade the Note8 offers over its S-siblings.

On the back of the Note8 are not one, but two cameras. One is very similar to the camera found on the S8 and S8+ - f/1.7 aperture, dual pixel autofocus, and optical image stabilization. There's now a second sensor and lens, though. This telephoto camera offers an effective 2x optical zoom ideal for shooting portraits or getting a bit closer to your subject. It has an aperture of f/2.4, autofocus of an undescribed typed, OIS, and the same 12MP resolution. You'll be able to easily switch between the cameras in the app.

Pre-orders start on the 24th (if you want more info, check out this post), and the US will be getting only two of the four total colors (at least, to start) - Orchid Grey and Black. In the US, the Note8 will be on all four major carriers, as well as available unlocked direct from Samsung and select retailers. Retail availability in the US starts on September 15th.

You can read our Galaxy Note8 hands-on post here, learn about Samsung's promotional offer for early adopters here, and get the full specifications here.