The Astro email app launched earlier in the year with the promise of helping you to clean up your inbox using AI. It's available for Office 365 and Gmail accounts and had garnered praise from users of both services. There's an integration that lets you manage your emails from Slack, and since June it's been possible to manage your emails with Astrobot Voice via an Alexa Skill on Amazon's Echo speaker. That same voice assistant functionality is now available directly from the app. 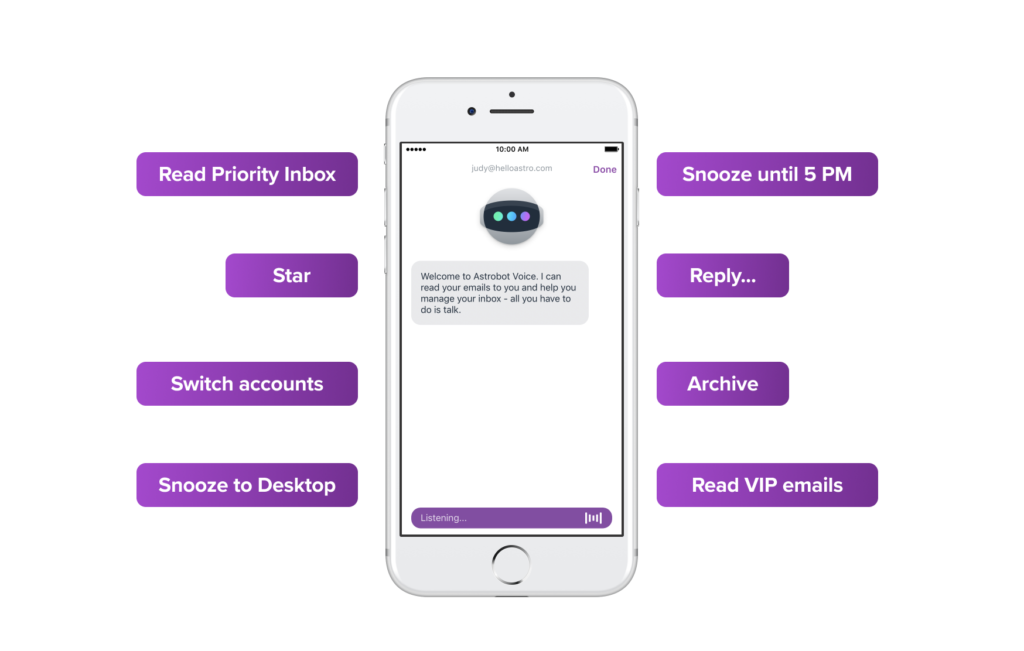 Astrobot Voice is available for both the Android and iOS versions of the app. The advanced natural language processing will allow you to interact with it in a number of useful ways, completely hands-free (well, after you tap the microphone button). The commands are similar to those available through Alexa, and include having your emails read out, starring, snoozing, archiving, replying, and more. Take a look at the full list of commands below:

More commands will be added to Astrobot Voice in the future, according to the devs, and they seem keen to get your feedback in order to improve the service. You can give Astro a try by grabbing it from the Play Store link below. It's completely free, so there's no harm in trying it, especially if you're the type of person (like me) who struggles to tame your inbox at the best of times.