I would like to start with the four games that have a soft date set for their release. They are all either slated for a Q3 or Q4 release in 2017.

Sorry, no screens were provided for Abalone.

Next I would like to delve into the five games that are still under development and have yet to receive any type of release date. 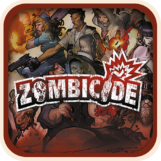 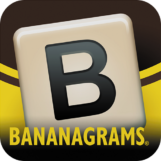 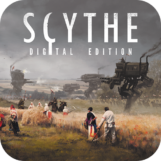 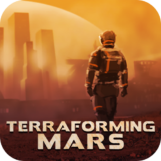 Sorry no icon was provided for Gloom.

I have to admit, this is an impressive catalog that Asmodee Digital is building. Not only is it going to be nice to finally have a version of Carcassonne on Android that can be played online, but the upcoming releases for Bananagrams and Zombicide have me genuinely excited.

INDIANAPOLIS – Aug. 18, 2017 – Asmodee Digital, leaders in digital board game entertainment, today announced a lineup of new and upcoming games currently in development, slated for release in 2017 and 2018. With multiple titles appealing to casual and family audiences, and others geared toward board game enthusiasts, hardcore gamers and hobbyists, Asmodee Digital continues to appeal to a variety of players with top-quality digital iterations of some of the world’s most beloved tabletop games.

“We’ve been overwhelmed by fan support surrounding numerous releases thus far in 2017, and are thrilled to be bringing so many more great games to the digital realm this year and next,” said Asmodee Digital. “While the breadth of our catalog is certainly a point of pride, our biggest priority is devoting all resources - time, talent and otherwise - to creating quality gameplay experiences for each and every title. Our lineup is spaced out across the next two years to ensure this outcome.”

Ticket to Ride: First Journey (Days of Wonder) - Steam, Mac, iOS and Android - Q3 2017 - Introduces younger audiences to Ticket to Ride, one of Asmodee’s top-selling series, where players collect train cards, claim routes on the map, and try to connect the cities on their tickets.

Catan Stories (Catan Studios) - iOS and Android - Q4 2017 - An all-new text adventure game based on the highly-acclaimed Catan board game.

Zombicide (CMON) - Steam, iOS and Android - A collaborative game in which players take the role of a survivor and use their skills and teamwork against the unthinking undead! Find weapons, kill zombies, get skills. The only way out is zombicide!

Bananagrams (Bananagrams) - iOS and Android - Fast and frantic anagram game where players build crosswords without pen, paper or a board. Perfect for families, multiplayer or solitaire, and finally making its digital debut!

Scythe (Stonemaier Games) - Steam - An engine-building game set in an alternate-history 1920s period, where players attempt to earn fortune and claim their faction's stake in the land around a mysterious factory.

Terraforming Mars (Stronghold Games) - A Spiel des Jahres nominee set in the 2400s, players act as a corporation with the goal of advancing human infrastructure throughout the solar system. Soon digital fans will be able to help habitate Mars!

Gloom (Atlas Games) - Assume control of the fate of an eccentric family of misfits and misanthropes. The goal of the game is sad, but simple: make the characters suffer the greatest tragedies possible before passing on to the well-deserved respite of death.

Asmodee Digital, a fully owned subsidiary of the Asmodee Group, is an international publisher and distributor of digital board games with operations located in Europe, North America, and China. Asmodee Digital manages the creation, design, development, publishing, and marketing of board and card games on leading digital platforms for Asmodee studios as well as for third-party publishers. The current Asmodee Digital catalog includes best-selling digital games such as Ticket to Ride, Splendor, Pandemic, Small World 2, Mr. Jack London, Lexigo Rush, Story Cubes, Colt Express, Mysterium, Potion Explosion, Onirim, Jaipur, Spot It! Duel and digital versions of many other well-known board games.

Astro's voice assistant is dedicated to managing your emails