Google just can't seem to get its act together with Google Drive. You may recall back in March that Google Drive for Windows automatically updated to 'Backup and Sync,' which broke syncing in the process. That was an unfinished version of the new Google Drive desktop app, which was officially announced in June. But now that the update is out, several major bugs have become apparent.

The reason for the new 'Backup and Sync' name is because the app is no longer just for Google Drive file syncing. It also can back up your photos to Google Photos, replacing the old desktop uploader. Unfortunately, Backup and Sync doesn't actually check if your photos have already been backed up, and will re-upload every picture if you give it the chance. Seriously, Google? 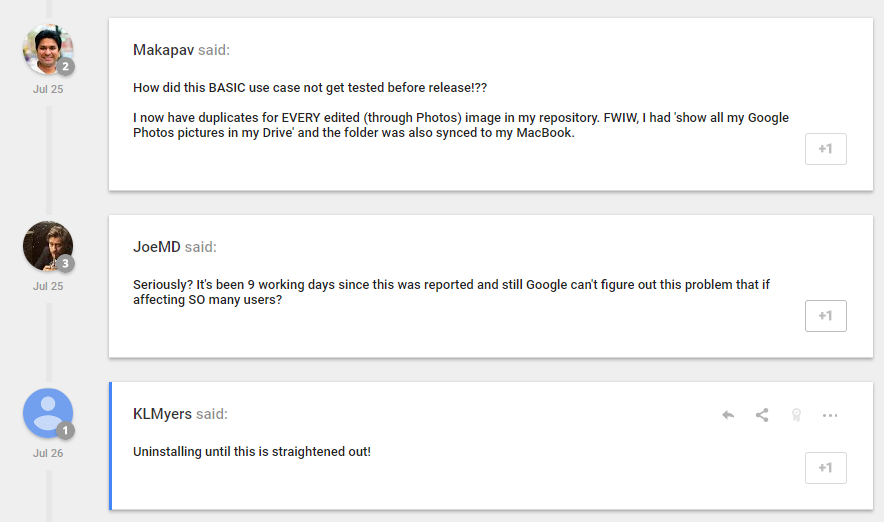 Version 3.36 of Backup and Sync, with the ability to detect pre-uploaded photos, is scheduled for roughly three weeks from now. And it's not clear if the fix will delete previously-uploaded duplicates either, you might have to do that yourself.