It was announced earlier in the year at MWC (Mobile World Congress) in Barcelona, and now Samsung's impressive Relúmĭno app has been officially launched. The C-Lab project is designed to help people with visual impairments enjoy the same activities as others, and it uses Samsung's Gear VR headset in conjunction with one of the company's newer Galaxy phones, such as the S7, S7 Edge, S8, or S8+.

The app is free to download from the Oculus Store, and currently supports both English and Korean. It contains a number of different tools that can help with the various tasks faced by up to 240 million visually impaired people around the world. Samsung has also promised "firm and continuing support" for Relúmĭno, which means "light up again" in Latin. So how does it work? 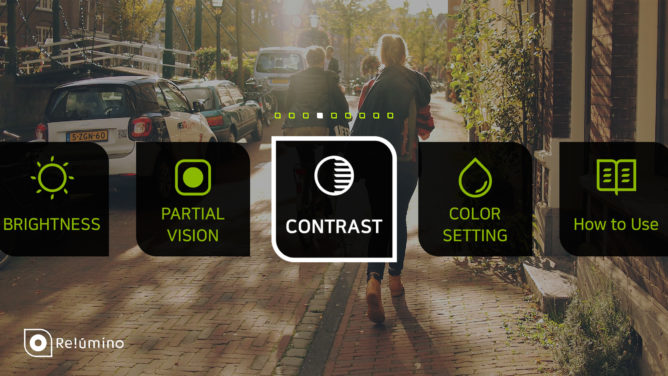 By processing images from videos taken with the rear camera of a phone while it's hooked up to a Gear VR headset, the app can apply different techniques to aid the user, such as magnifying or minimizing, highlighting outlines, adjusting contrast or brightness, and reversing color. Conditions such as blind spots or tunnel vision can be aided by "remapping unseen images to place in visible parts of the eye." Once sizes have been set on first use, Relúmĭno can continue to help without further adjustments. There is hardware on the market that serves this purpose already, but the costs can reach the thousands, making Relúmĭno a much more affordable option. Plans are in place to develop a less conspicuous version of Relúmĭno in the form of glasses, and feedback from users of the app will be continuously addressed to make improvements. It's great to see programs like Samsung's C-Lab turn out genuinely helpful software like this and commit to supporting it. For more information visit the Relúmĭno site.

Swipe for Facebook updated to v7.0 after long hiatus