Google's Chrome team often experiments with different UI changes, with some ending up in the stable release and some not. "Chrome Home UI" recently made its debut, with its rounded elements and bottom nav bar. The latest feature to be tested on Chrome Canary introduces categorized content on the new tab page.

This was spotted by Chrome Story, first as a code change request a couple of days ago that mentioned a flag for “Site Exploration UI.” It continued, "The suggestions are shown in a tab layout, each tab corresponding to a category – one of Personalized, Social, Entertainment, News, Ecommerce, Tools." Now the flag is available to be switched on in Canary, and after restarting, it looks like this: 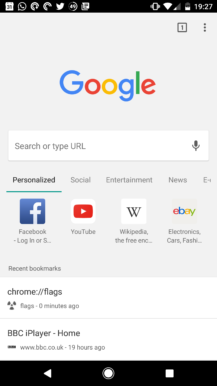 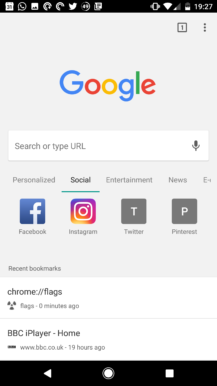 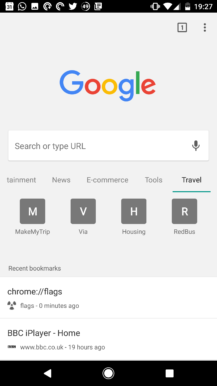 Where before you would see eight suggestions based on your recent browsing history, you now have the tabs, each with 4 different suggestions, though they aren't in any way personalized. There are actually 7 categories in total, the aforementioned plus 'Travel.' As with all such tests, this may never make it past flag status, but it's an interesting change nonetheless. Let us know what you think about it in the comments.

It's official: Android 8.0 is Oreo