Most of YouTube's server-side rollouts are fairly limited, but this latest one seems to be pretty widespread. There's a new "Breaking News" section within the YouTube feed that has appeared for many, and it's exactly what you'd expect - a collection of videos pertaining to breaking news around the world. 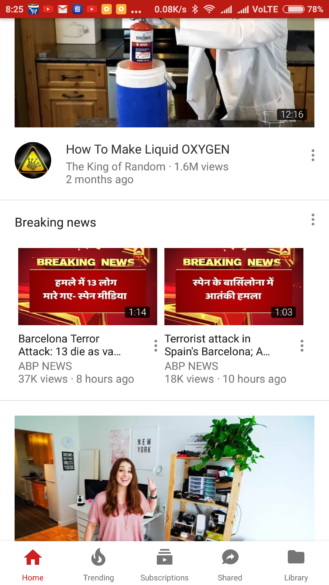 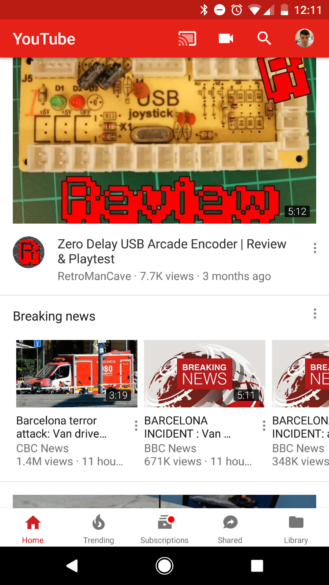 Since the Barcelona terrorist attack is the most recent major news event, that's what's currently populating the Breaking News section. Seven videos are displayed in this horizontally-scrollable format, and they're all the same for everyone in the same general region. For instance, me and Corbin are both in the United States, so we're seeing the same set of videos. Should you not want to see this section, you can hit the "x" on desktop or the "Not interested" button in the three-dot menu on mobile.

It's unclear if this section will only appear when a worldwide event such as the Barcelona incident occurs, or if it'll be an everyday thing. It's live on the iOS and Android YouTube apps, as well as the desktop site, for many, but we're hesitant to say it's out for everyone since there'll always be that one person who hasn't gotten it yet. Let us know if you're seeing it in the comments below.