In the ever changing world of social media apps, it's important to stay ahead of the game. The constant jostling for the affection of users leads to various little new features, some good, some not so good. Instagram is faring better than most of its competitors at present, partially due to the success of its Snapchat clone, Stories. The latest addition to the Facebook-owned photo-sharing app is intended to make direct message replies a little more visual.

Instagram recently made threaded comments possible and also added photo and video replies to Stories. Now it's attempting to make the experience the same in direct messages. With the latest update, when you reply to a message with a photo or video, a sticker of the original post will be added. You can move it around the screen, rotate it, and resize it as you see fit (see above image). Furthermore, if you tap on the sticker, you can convert your message to a split-screen reply (see below) which includes parts of both the original post and your own image. It's debatable how useful that is but I'm sure some people will have fun with it. 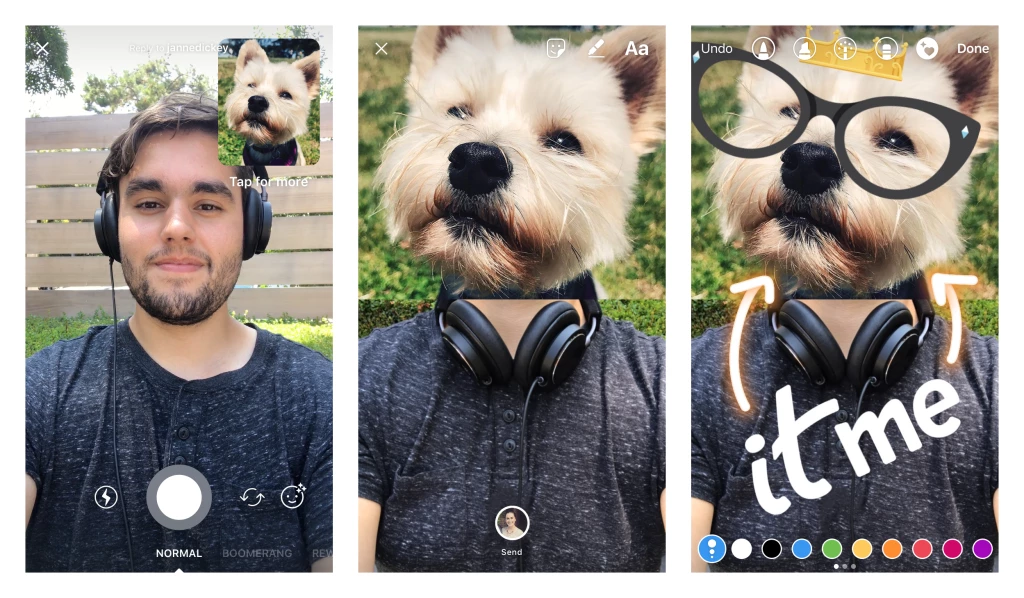 According to Instagram's blog post, these features are included in version 10.34 of the Android app, but with a quick check, I found that at least the sticker part was already present in v10.33. I still can't get the 'tap for more' split-screen mode to work even in the newer 10.34 update, so that would suggest that there's some server-side updating going on here as well. That seems to be confirmed by the Play Store listing which says the new features "will be rolling out globally over the coming weeks."