The dog itself isn't out until October 1st when it will set you back around $120 (£79 in the UK), but the app has been released on the Play Store early. With it, you can "have a fun coding experience," according to the rather bland marketing copy. There are 10 customizable activation points on the animal, so you can program different responses for when you pet its nose, for example. The app takes a drag-and-drop approach building code sequences, making it easy for children as young as 6 to get involved. You can string together numerous actions such as turning around and barking. Once you've coded some routines, your phone can be used as a remote control. Shortcuts can be set to call upon different routines, and even emoticons can be used to select quick reactions. Interactive mini games add to the possibilities, and there are achievements to be won that can unlock further content.

Compatibility seems fairly limited at this point, as only the following devices are officially supported: Samsung Galaxy S6, Samsung Galaxy Note 5, HTC One M9, LG G4, Motorola Droid Turbo 2, Huawei Google Nexus 6P, and the Google Nexus 9. I was able to download and run it without issue on my Pixel XL, though, so I would imagine it will work on most newer hardware.

The app is free to download, and you can start building sequences and playing with the various settings while you wait for the dog to launch. 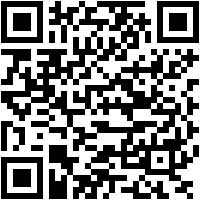