Even though Google Home has had a Bluetooth chip since it was first released, that connectivity option wasn't available for audio streaming. It made the Home less seductive as a speaker (especially compared to the Echo family) because you were tied to a very limited set of services that Google approved like Spotify, Play Music, and Pandora. If you had another preferred music service or if you wanted to listen to your own local music, you were out of luck.

Bluetooth streaming was promised for Google Home at I/O, and it was briefly enabled by mistake in June, but it now seems to be live and working, for really real this time. Users have started reporting spotting the Paired Bluetooth devices option under their Home's settings, and upon tapping it, they can enter the Home into pairing mode and then head over to their phone's Bluetooth settings to add it, just like they would any other speaker. Be warned though, some users are reporting that audio is lagging and voices are low, so this may still be a work in progress. 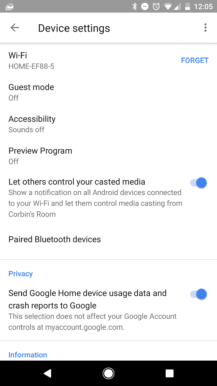 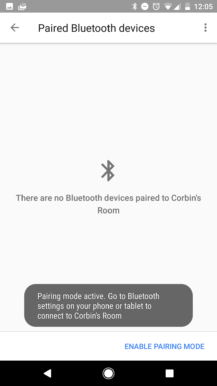 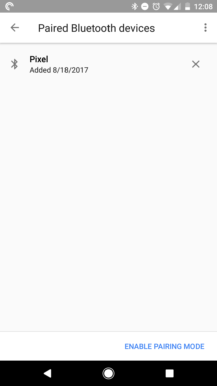 The tipsters who sent this all seem to have their Homes on firmware version 93937, though it appears the function is rolling out gradually so you might not see it despite being on this version too. Being enrolled in the Preview Program isn't a requirement: it seems to work regardless of whether you're in or not.

[Update: Name likely Oreo] Google has an Android O event on August 21st to coincide with the eclipse