Ahead of its reveal on August 31st at IFA in Berlin, we've been able to build a pretty good idea of what to expect from LG's upcoming flagship, the V30. We know it'll have a 6.0" 1440p P-OLED display with a tall 18:9 ratio and curved edges (LG is calling it FullVision). We know it'll have a dual camera setup with a 16MP, f/1.6 aperture main snapper flanked by a 13MP wide angle lens. We know the secondary screen is being replaced by a floating action bar. We also had a pretty good idea of what it's going to look like, from CAD renders and leaked videos. Now we have our best view yet.

The official-looking render was tweeted by serial leaker Evan Blass (@evleaks), and it doesn't leave anything to the imagination. The image confirms many of the previous leaks and shows off that gorgeous big screen with its barely noticeable bezels. As expected, it has a rear mounted fingerprint scanner/power button and dual camera module with separate flash. The sides have an almost chromed look. There are volume buttons on the left and the SIM card tray is on the right. Although we can't see them here, we understand from previous leaks that there will be a USB-C port on the bottom and the fabled headphone jack will be present on the top.

Another Twitter user, @DesaiRaj414, produced a handy side-by-side comparison with the LG G6 (below). From this, we can see that the screen-to-body ratio of the V30 is even better than the LG's other 2017 flagship, the G6. The other major difference is the curved sides of the V30, and this makes it impossible not to draw comparisons with Samsung's Galaxy S8 or the upcoming Note8. Aside from more screen real estate in a smaller form factor, having smaller bezels also means that there's no longer room for the LG logo on the front of the device (just as with Samsung's latest models), so the phone looks a lot tidier from the front than the G6. 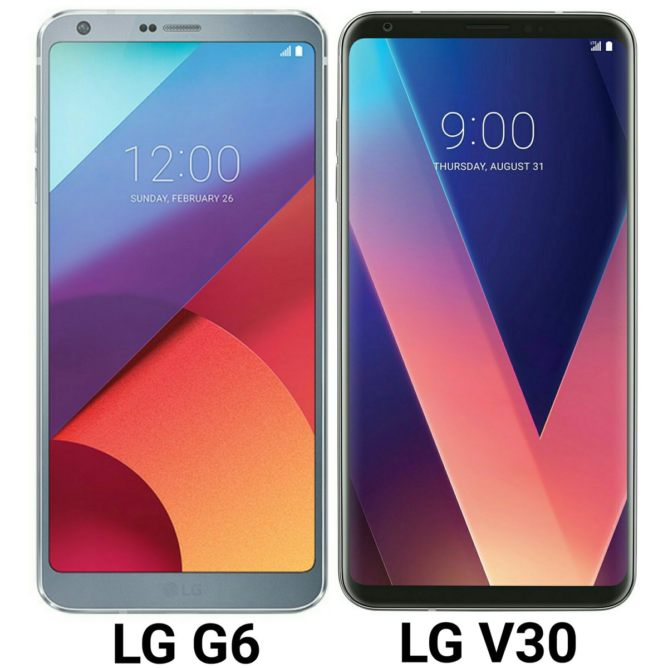 We're just 2 weeks away from the big reveal now, but there's not much we don't already know about the LG V30. We expect it to be powered by a Snapdragon 835 and have at least 64GB of storage and 4GB RAM, although we haven't heard anything concrete about those specs just yet. Let us know if you like the look of it in the comments.

The ASUS ZenFone 4 family gets officially announced in Taiwan