T-Mobile spent big on the FCC's 600MHz spectrum auction earlier this year, and it's already putting those new licenses to use. The carrier reports that it's flipped the switch on 600MHz LTE in Cheyenne, Wyoming using new Nokia equipment. Residents of Cheyenne can't do anything with that fancy new network yet, though. No current phones have support for the latest network technology, but that'll change in the coming months.

This first market is a test for T-Mobile. Once it makes sure new equipment designed by Nokia and Qualcomm works as expected, it will begin rolling 600MHz LTE out in more markets. Additional 600MHz sites are currently planned for Wyoming, Northwest Oregon, West Texas, Southwest Kansas, the Oklahoma panhandle, Western North Dakota, Maine, Coastal North Carolina, Central Pennsylvania, Central Virginia, and Eastern Washington. That's just the start—T-Mobile won licenses covering the entire US, and 600MHz is a very desirable spectrum that can propagate through obstacles well. 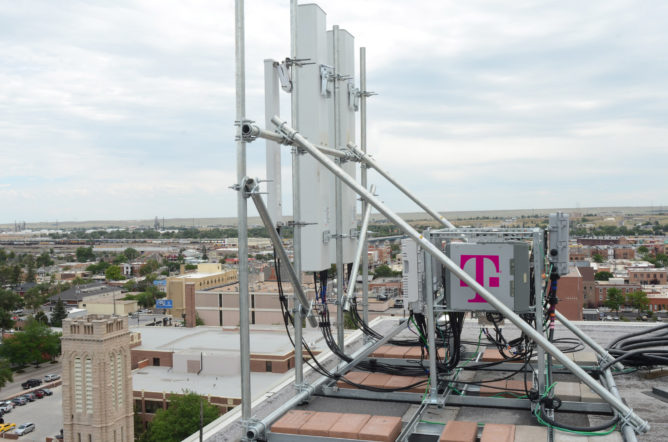 Phones with support for this new spectrum will list band 71 on the spec sheet, and there aren't any of those right now. T-Mobile says both Samsung and LG will launch phones in the fourth quarter of the year with band 71 support. That could mean the Galaxy Note 8 and V30, but that might be a bit too far in the future for phones that will be announced in the next couple weeks. T-Mobile might be referring to other, less important phones.

Sony Xperia XZ1 renders and photos leak, but since it looks like the XZ you can't tell

Pollen forecasts are now available in the Google app