In what could be exciting news for the future of cameras on Android smartphones, Qualcomm has announced an expansion to its Spectra™ Module Program. This will open mobile devices up to high-resolution depth sensing and better biometric authentication.

The program makes use of the same technology as Qualcomm's Spectra ISPs (image signal processors) which you will find embedded in the Snapdragon chips that power many of our phones, and these advances in the technology should eventually make its way to those SoCs. The strength of Spectra ISP is one of the reasons the Galaxy S8 takes such great photos, and this new tech will hopefully lead to further improvements in image quality and computer vision innovation going forward. 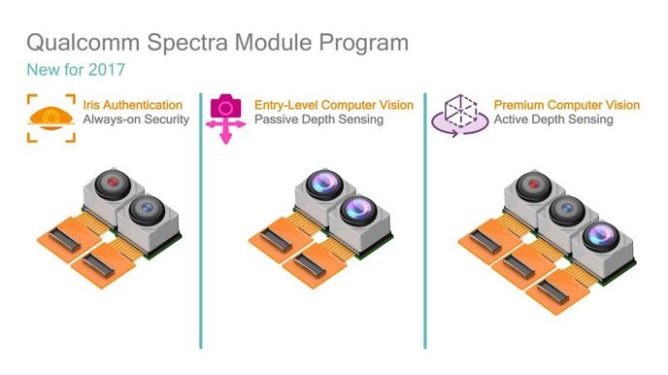 Deep learning techniques are employed by the new modules and ISPs, which should come to consumer devices such as smartphones and head mounted displays faster than previous generations. A new camera architecture will be coming to the new ISPs, with computer vision, image quality, and power efficiency expected to be boosted in new Snapdragon chips for mobile and VR. Three new modules will be introduced to the program, including one dedicated to iris authentication and two depth sensing modules, one passive and one active. 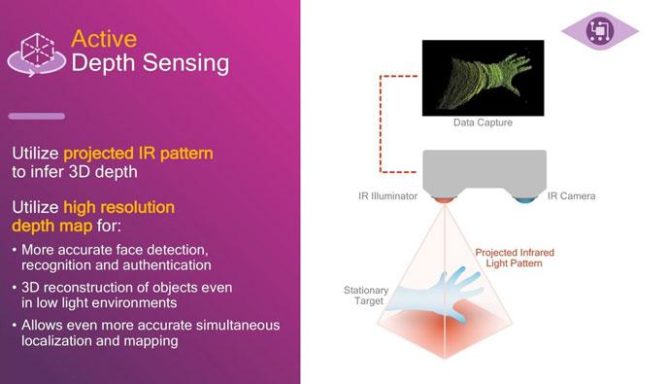 The next generation Spectra ISPs will also be designed especially to be used in virtual and augmented reality applications that require simultaneous localization and mapping (SLAM) algorithms, with low-power, high-performance motion tracking technology at the fore.