If there's one thing that's certain in life, it's that Google is always testing some sort of interesting UI change in one of its apps. Some of them end up on the scrapheap, but some of them end up being integral parts of the experience we all have when using our Android devices. The latest test to be discovered is a floating bubble UI in the Google Phone app. 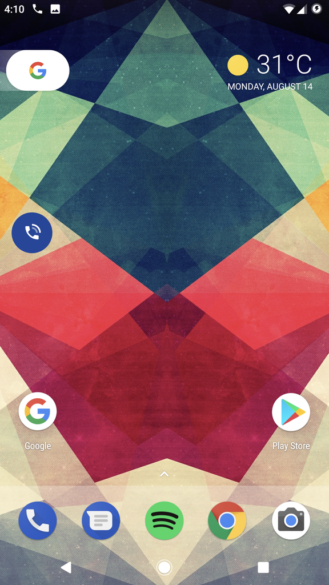 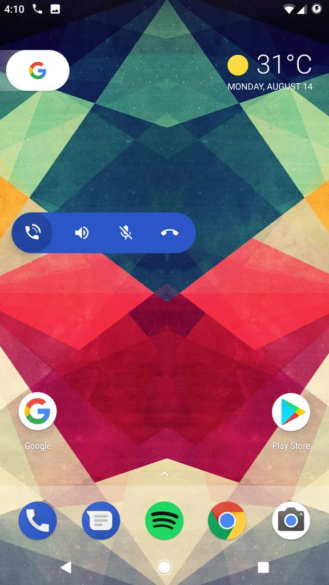 After a tip-off, the folks over at 9to5Google managed to enable the experimental feature in version 11 of the Phone app, the default dialer for Nexus and Pixel devices. During a call, if you exit the phone app you'll see a floating blue bubble with the phone icon in it. It appears on top of everything else on the screen and can be moved around, similar to Facebook Messenger's Chat Heads. The bubble automatically snaps to the left or right side of the screen, whichever it's closest to when you let go of it. With a tap it expands to show buttons for turning on the speakerphone, muting, and hanging up, much like the options you get when you have the Phone app open. Check out the video below to see it in action.

This addition would make a lot of sense, as currently once you leave a phone call to do something else the only way to get back to it is by reentering the app or finding the notification (which annoyingly never seems to be anywhere near the top of the list). The notification does at least have a hang-up option below it, but it's not as useful as this floating action bar that could appear on any screen.

It's hard to say if this will make it past the test stage but the fact it's hidden in the latest official build of the app is probably a good sign. Perhaps it'll go live alongside the final release of Android O (thought to be Monday next week), or when the Pixel 2 launches in a couple of months. We'll just have to wait and see.