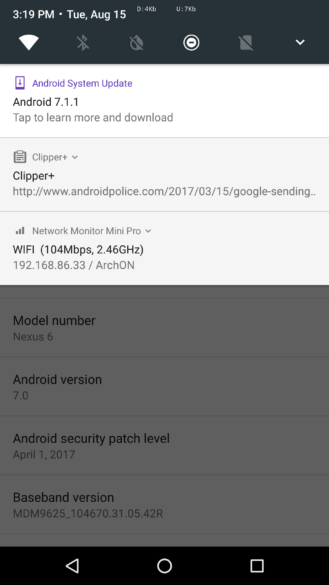 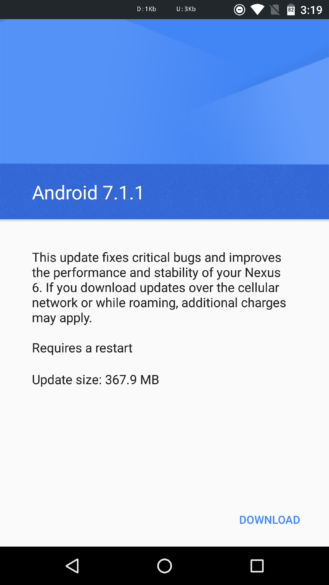 At long last, that update is rolling out. However, you need to be on the most recent official 7.0 build. Anyone who toughed it out on the old 7.1.1 will need to flash back to the main update track. Keep in mind; this phone is reaching the end of its supported life on Google's end—it's unlikely to see Android O at all. It might be more worth your time to move to Lineage OS.