Google's newest messenger app, Allo, was released about a year ago. The app's momentum dropped shortly after release, but that hasn't stopped Google from continuing to improve it. At long last, Allo has gained a web client, but has it been worth the wait?

Unlike Hangouts and similar cloud-based messaging services, your phone acts as the intermediary between your computer and Allo. Anything you do (send/receive a message, start a new chat, etc) is actually performed by your phone, which sends the response back to your computer. As such, your phone will need a working internet connection for the Allo web client to work. 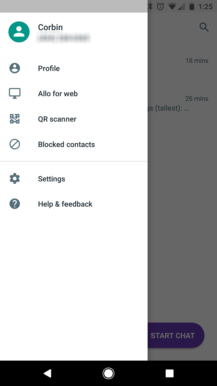 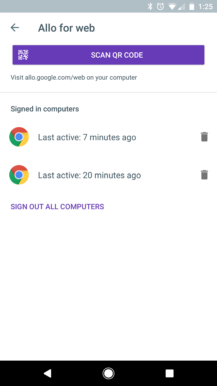 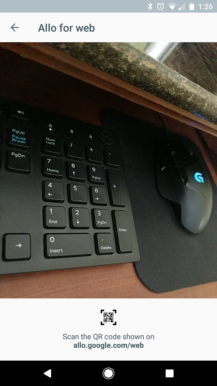 Once you've got Allo installed on your phone, just open the side menu and tap 'Allo for web.' Then open allo.google.com/web on your computer, and scan the QR code with your phone. That's it - pretty simple.

However, there is one huge caveat to Allo for web that becomes apparent when trying to set it up. It only works on Chrome. Visiting the web app on any other browser prompts you to install Chrome before continuing. 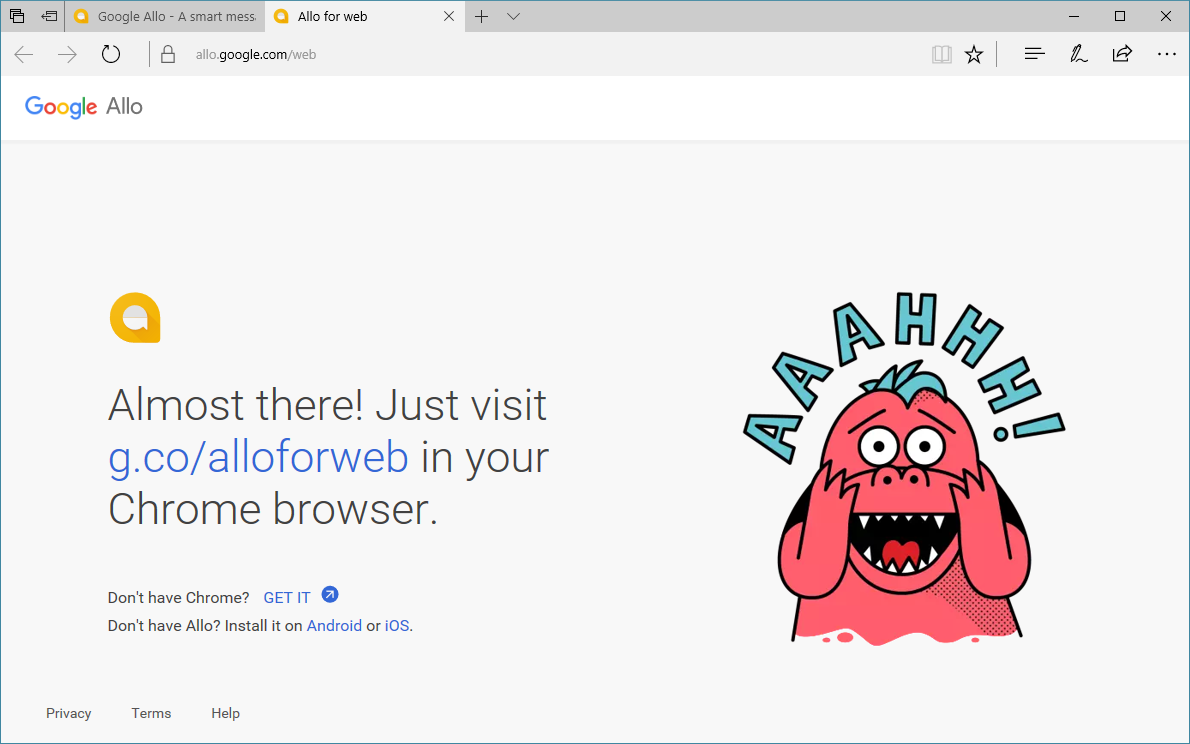 I can't think of any technical reason why the web app would only work in Chrome. Maybe the development team didn't have time to test it on other browsers before release? However, it did seem to work fine in Opera once I changed the user agent string to the latest Chrome version. Considering Opera uses the same exact rendering engine that Chrome has, this shouldn't be surprising. 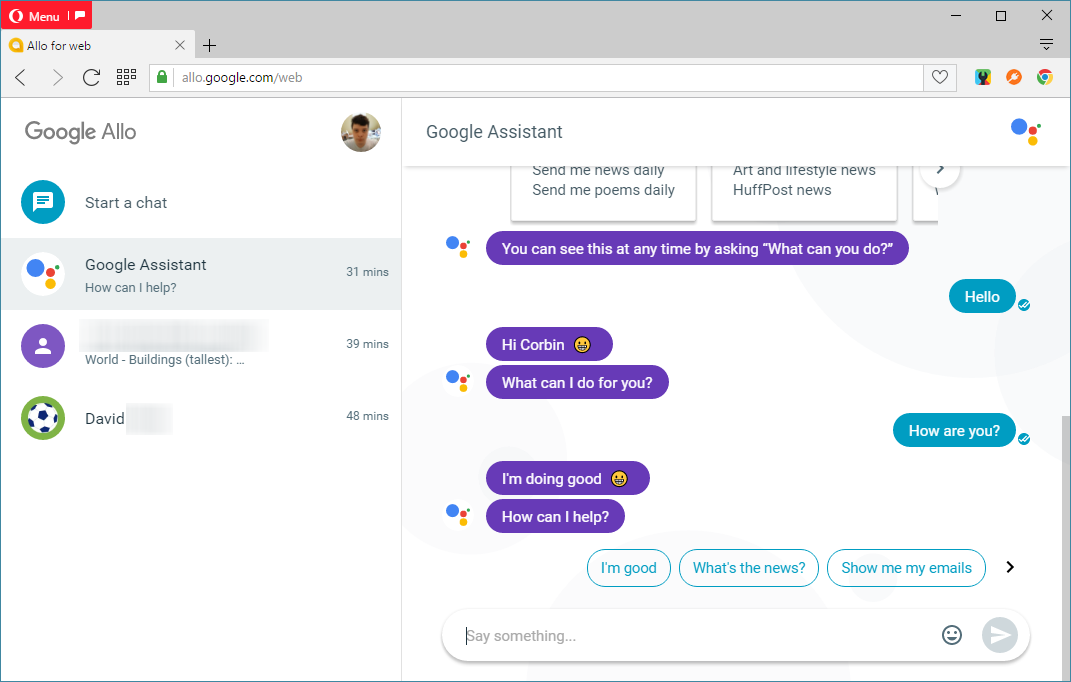 Firefox still didn't work with this method, leaving me with only a white page and a few errors in the browser's console. Again, I'm not sure why this browser limitation exists, but it brings back memories of those "Best viewed in Netscape Navigator" buttons found on late-90s/early-2000s websites.

Allo, but in your browser 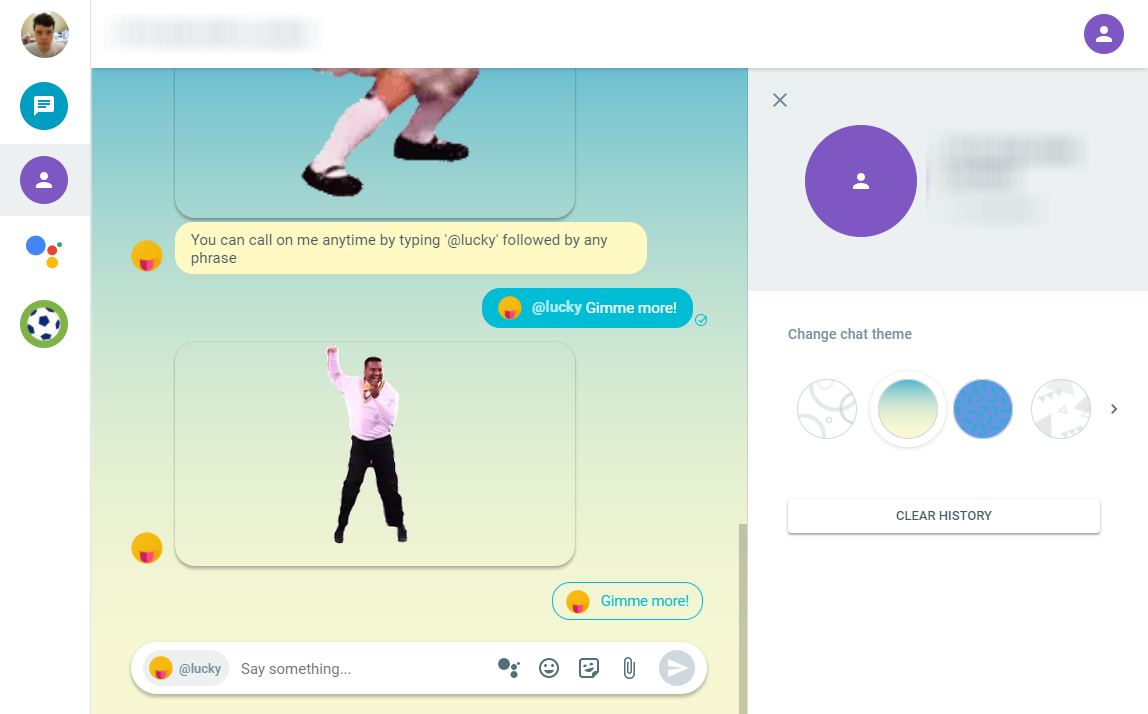 Once you have everything set up, the interface and functionality is exactly what you would expect. It's Allo, but from your computer. The only major design change from the mobile app is a persistent side panel with all of your conversations. You can still change backgrounds, create Incognito conversations, ask Assistant questions, and of course, use stickers. Everything you can do with Allo on your phone can be done on the web, so I won't re-iterate all of the app's functionality here.

I did find a few minor bugs with the interface. For example, when asking Assistant to play a game on the Allo app, there are a series of cards with large icons. On the web, that doesn't quite work: 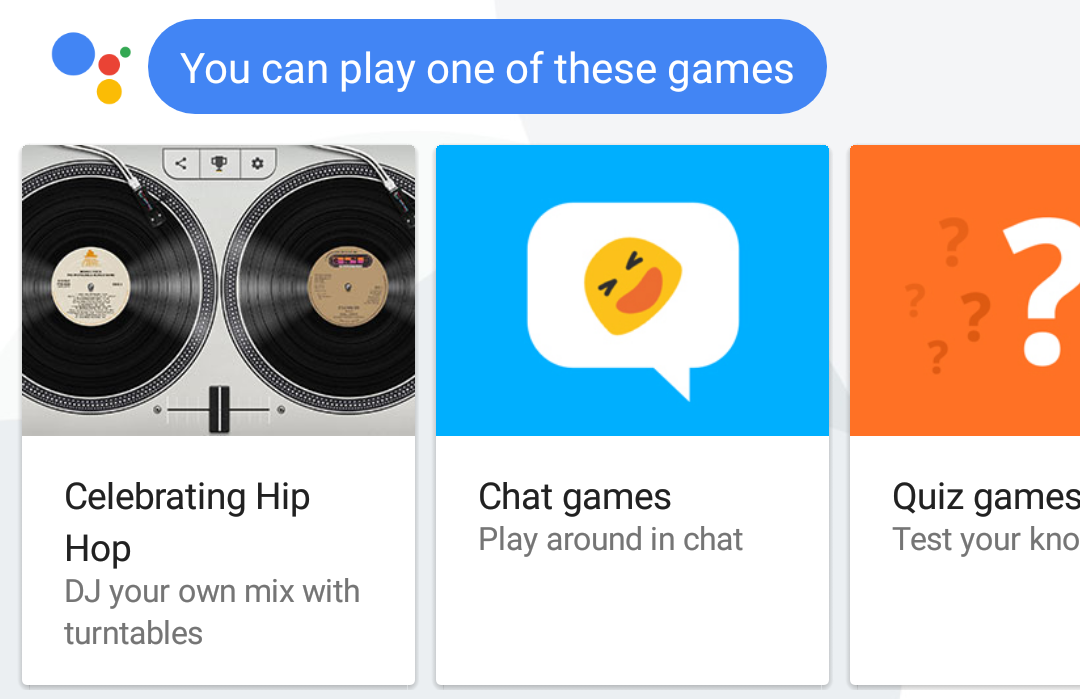 Playing a game on the Allo mobile app

Playing a game on the Allo web client

Besides the occasional design glitch, I did find one major flaw - you cannot receive notifications unless you have the web app open. This is just plain silly. There is a web technology for delivering push notifications from web apps, even when they are closed, called Service Workers. Google+ already uses this.

I'll give Google the benefit of the doubt, as there could be some limitation with how the phone acts as a proxy that prevents Service Workers from being possible. Still, this is a definite regression from Hangouts, which receives notifications as long as you have the extension installed.

Now that a web client is in place, Allo is one step closer to feature parity with competing apps like WhatsApp and Telegram. But I don't think it will make Allo any more attractive to the general public, or make me switch away from Hangouts. Requiring the Allo tab to be open is almost silly, after years of using Hangouts on my computers without having to do so.

Still, for the people that already use Allo, the new web app makes for a much nicer messaging experience. As long as your browser of choice is Chrome, that is.