Samsung has stuck with wearables over the years, starting with its own Android-based Gear watches, then moving to Android Wear, then finally to a Tizen-based wearable platform. This has given Samsung the freedom to pursue a number of form factors like the "Fit" smart bands. The third iteration of Samsung's Fit device has been leaked, which is confusingly named "Samsung Gear Fit2 Pro." It packs improved water-resistance, offline Spotify, and a few other enhancements for athletic types.

According to VentureBeat, the Gear Fit2 Pro is going to have "5 ATM water-resistance." That's apparently better than the standard IP68 certification that older Fit wearables had. This improvement allows for long-term submersion and swim tracking. The device even syncs up with the Speedo On app to record your watery workouts. The watch will also support music streaming via Spotify, including an offline mode.

The shape and size of the Samsung Gear Fit2 Pro are similar to older models with the tall, narrow AMOLED panel and thin strap. However, Samsung has beefed up the clasp, which was a more delicate snap mechanism previously. Now, it's a traditional buckle that should keep the smart band firmly on your wrist and not leave it at the bottom of the pool. 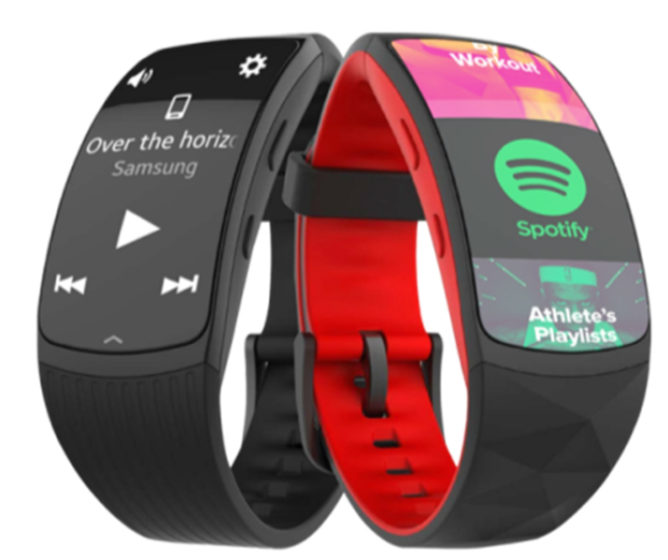 The pricing and release date were not included in the leak. Samsung will probably talk about the Gear Fit2 Pro during its upcoming Unpacked event on August 23rd. That will mainly be for the Note 8, of course. There may also be some news on the wearable at IFA in a few weeks.