You might have caught the news that Opera is killing its Opera Max VPN service. That's a bummer, but there are plenty of VPN apps out there if you don't absolutely need the data compression features of Max. For example, the newly released Kaspersky Secure Connection app. It's in beta and only has limited data, but it's free.

Kaspersky Secure Connection is designed to prompt you to turn it on whenever you connect to an unsecured public WiFi hotspot. The functionality when you're connected is about what you'd expect from any other VPN app. Your traffic is routed through the encrypted connection to the VPN server, then out to its destination. This prevents eavesdropping and logging of your data, but the VPN can see everything you do. Kaspersky says it will not keep any logs of your activity, so it's up to you if you believe that.

The app is currently free with no in-app purchases. There will be IAPs, though. Eventually, you'll be able to spend $6.49-38.99 on subscriptions to the premium VPN service with unlimited data. Right now, you're limited to 200MB of daily traffic in the beta version of the app. That's reasonably generous compared to other VPN apps. If you just need a VPN to do a few sensitive things on public WiFi, that could be all you need. 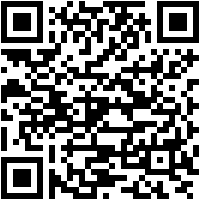