If you're just interested in the numbers, here's a table:

Based on the images yesterday and the leaked render today, I think that the phone actually looks pretty good, but not everyone would agree. I do have a few disappointments, though. The microphone hole on the front, though typical of the X series, would drive me insane. And (not to beat a dead horse) I wish more manufacturers would just take the necessary camera bulge as an excuse to expand the size of a phone's battery.

Unfortunately, it seems that previous rumors of a Snapdragon 660 were wrong, as Android Authority pins it as having an SD 630. Both are quite new, but the 660 is, by far, the better of the two. It looks like the Moto X4 won't get the big Kryo cores after all. The previous 5.2" 1080p display specification was right on target, though.

The camera setup on the X4 is interesting, and it's not just because it features dual rear cameras. In fact, I wouldn't be surprised if the front-facing camera gets a bit of attention in future marketing materials. If you're the sort that gets excited about snapping a selfie, the X4 allegedly has a low-light optimized front-facing camera at 16MP with an f/2.0 aperture and 1µm sized pixels on the sensor. There's also some sort of Adaptive Low Light software that goes with it. It's not actually that impressive, but I expect that Moto will want to hype it up. 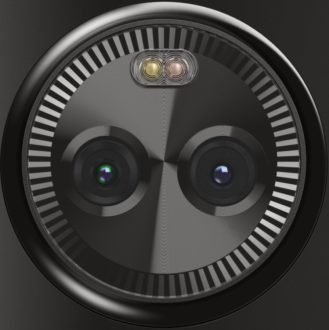 The rear cameras are genuinely interesting, though, and they feature a slightly unusual configuration. The main shooter is 12MP with an f/2.0 aperture and 1.4µm pixels, a pixel size which approaches that of Google's Pixels and the Nexus 5X/6P, which are all 1.55µm. That should provide decent low-light performance. Typically the 2nd rear-facing camera on recently-released phones has been either a telephoto or a monochrome setup, but Motorola went with a wide-angle camera. That supplemental shooter has a 120° FOV at f/2.2, with an 8MP sensor sporting 1.12µm pixels.

The Moto X4 also has a decently-sized 3,000 mAh battery which can be quickly topped up with Moto's TurboCharge, but not quite the 3,800mAh we previously expected. It also features an IP68 water-resistance rating, as expected, meaning it can be underwater for up to 30 minutes at depths of up to 1.5m without a problem.

I was excited for the rumored Snapdragon 660, and while my interest has waned a bit knowing it has a 630, the X4 still sounds like a fantastic phone on paper. If it hits a good price-point — say, around $325 — I wouldn't be surprised to see it do quite well. Especially if it lands on Google Fi, as previously rumored. For the full details of the X4, be sure to check out Android Authority's coverage.

Chrome Canary 62 has a new rounded interface for Chrome Home