PixWing - Flying Retro Pixel Arcade has recently released onto the Play Store and boy have I been having quite a lot of fun with it. It is an arcade flying game that brings back a lot of fond memories of flying around in Pilotwings or Nights into Dreams. The fact that the graphics look like something that was released on the Nintendo 64 or Dreamcast simply adds to its charm.

Honestly, it has been a while since I played a mobile game that really captured my imagination. Somehow PixWing manages to do so effortlessly, all while exuding tons of charm that is obviously inspired by an earlier era that was overflowing with arcade style gameplay.

You will begin PixWing simply enough, with one aircraft playing through the first level of Aztex Falls. There are 4 levels total, and each one is split up into 9 different stages where you fly through a set amount of rings while collecting diamonds and presents. The diamonds add in-game currency to your wallet, and the presents are essentially a loot crate system. When you collect enough of this in-game currency into your wallet, you can unlock new aircraft and paint jobs. There is also a second currency of 'tickets' that work in combination with your wallet funds that are necessary for unlocking certain aircraft and paint jobs. You can earn these tickets through opening presents or watching optional advertisements.

When it comes to the PixWing's controls, you will have three options available to you. The first option uses your device's gyro sensor, which gives you precise controls that will require you to move your phone 360 degrees in order to fly in the direction you want, much like you would when playing a title in virtual reality, such as a Daydream game. The cool thing about this mode is that there is a calorie counter built right into the menu, which should give you an idea of how active you were while playing with this control method.

The second control option is called 'touch stick,' and this is what I use as my primary control method. Essentially it is a virtual analog stick on the screen. The weird thing about this control method is that the game places the touchpad on the right side of the screen by default. I am not sure why it does this, but there is an option to move the pad to the left side of the screen if you find the right side an odd placement.

And the last control method is called 'steering wheel,' and it also uses gyro controls. The difference from the standard gyro control method is simply the fact that you won't need to move the screen around 360 degrees. You can easily stay stationary while playing with this control scheme.

Now, when it comes to the actual gameplay, flying through rings and collecting diamonds will, of course, become more and more challenging the further you progress in each of the PixWing's 4 levels. When playing through any of the 9 stages in each level, you will notice that there is a star system used to show how well you perform. You will want to collect three stars in each stage, which should provide you with a lot of replayability, revisiting each stage until you get a perfect score.

Besides the standard stage-based gameplay there is also a free roam mode that can be unlocked for each of the title's 4 levels. This free roam mode is where the vast majority of discovery comes into play. You can easily fly wherever you like, exploring each level at your leisure. Frankly, this mode is what brings back a lot of memories of screwing around in games like Pilotwings, by simply having a blast exploring and goofing off.

Seeing that I mentioned two different currencies earlier in the article, you may be wondering how PixWing is monetized. Well, I am glad to report that it isn't as bad as you would think. For the price of $0.99, you can purchase the 'mini pack' IAP and remove all interstitial advertisements as well as the ones that appear when opening presents. You will also gain 50 tickets and 25 presents. Once you open those 25 presents, you will have enough of the game's two currencies to purchase just about every plane and paint job in the title. You will still have to unlock the right to purchase these planes through gameplay, but you have essentially made PixWing a premium release where your only hurdle is your skill in flying.

Now don't get me wrong, there are still some remaining in-app purchases to contend with, but they are entirely optional. The $0.99 mini pack IAP should cover you for just about anything you want to unlock in PixWing except for two planes that are only available when you pay for them outright. One is themed like a Star Wars TIE Fighter, and it costs $2.49, and the other plane is Doge themed and it costs $3.49. There are also a couple of packs of tickets and presents you can purchase individually, but I see no reason why you would need them if you bought the $0.99 mini pack.

Oh, and for those of you worried about Google Play Games Services support, it looks like it is included with achievements and leaderboards. I did, however, notice that cloud saving is not included. After deleting PixWing from my device, I reinstalled it to see that all of the stages I unlocked were now locked again. Luckily my $0.99 in-app purchase was still there, as I did not lose any of my tickets, presents, or in-game currency.

To sum up my experience with PixWing - Flying Retro Pixel Arcade I would have to say that it was a fond trip down memory lane. I honestly wish I could find more releases along these lines where you are not forced into purchasing IAPs or grinding your way through an endless assortment of mundanity. The graphics are happy and inviting, while still staying simple enough to run on most devices. The gameplay is exactly what you would expect out of a competent arcade flying game, and the varied controls should appeal to just about anyone's playstyle. Considering that you can pick up PixWing for free, I see absolutely no reason not to give this new release a look. 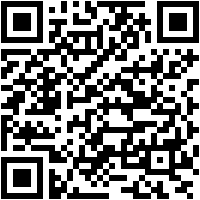