If you've ever watched HBO's Silicon Valley, you'll know that making files as small as possible without quality degradation is a big deal these days. Google knows this, and has just introduced the D8 dex compiler in preview as part of Android Studio 3.0 Beta's release. It improves upon the existing DX compiler in virtually every way. 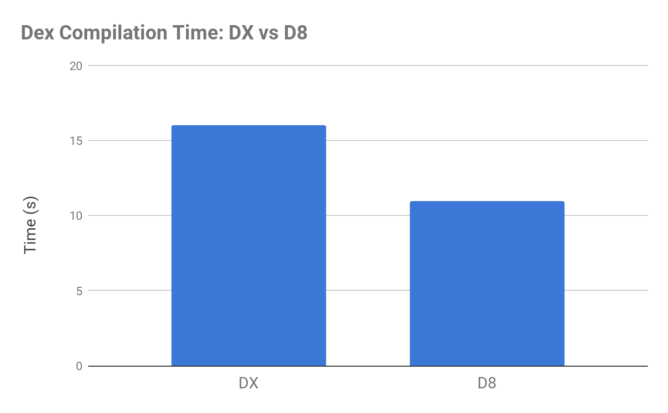 Dex compilers are essential for app development. Google is claiming that the new D8 compiler compiles faster, produces smaller .dex files, and offers the same or better app runtime performance when compared to the current DX compiler. In fact, the company is so confident in D8 that it will soon be the default dex compiler for AOSP. Some graphs are present for your viewing pleasure.

Want to try D8 out? You can do so via Android Studio 3.0 Beta. Just set your project's gradle.properties file as "android.enableD8=true" (without the quotation marks, of course). It will emerge from preview and become the default compiler in Android Studio 3.1. From thereon out, only critical issues will be fixed. If you're an app developer, D8 is definitely worth looking into.

It's Friday, so here are 30 temporarily free and 42 on-sale apps, plus the Daydream Summer Sale

Samsung's Snapdragon Galaxy S8+ (G955U) has been rooted, but it isn't ready for prime time yet